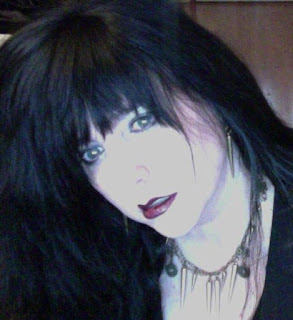 So, I've just recently met Kim. She is an editor for Hot Ink Press, where my short story, "Holiday Hours" is published. She and I seem to have a lot in common, including a great deal of organization meant to hide our desperate amounts of scatterbrained flightiness.

Focusing on the writing. The marketing tends to want to take over.

When I was reading a story and thought that I could do that!

At the time of writing each story they are all my favorites, but I love Eternity because there is a ton of emotion. I love Closure because it deals with love and Riley is soft and squishy when she wants to be strong.

My biggest pet peeve is grammar Nazi's and people who can recite some bizarre grammar rule with words no one has heard since Junior high. I do hate when people get "your" and "you're" mixed up. As far as my mistakes, its Kim vs. the comma.

No. I make an excellent ostrich and the story reflects where I was at that time.

I either try to get a name that has meaning, or a name that sounds cool. If it’s a villain you will most likely encounter names or initials of people I don't like in real life. LOL

It was Hands On Me with Keith Publications. It made me feel like all the work and everything I have done finally paid off, I was on cloud nine until I realized that work really begins AFTER acceptance.

Usually my characters issues with their parents come from my work. I will say that Riley waiting for Mike to arrive and watching headlights on the street hit home with me.

I tell everyone around me to be very careful, I do incorporate my life into my stories all the time. I do ramp up the emotion, etc., but most everything comes from an aspect of my life.

I am working on my novel, Trifecta. I am three scenes away from finishing – YAY!

Here is a little snippet:

Airports only held two paths, arrivals or departures. Before she made a move, she observed her surroundings. A man stood at the bottom with a bouquet of roses, and a woman holding a baby looked around for her match. Another group of women huddled together bouncing, pointing and screaming.

She wondered how many were there to tell their two best friends, the two men they loved that they were leaving.

She grabbed the railing, willing the escalator to stop because she was sure she didn't hear right. Only one person called her by that name. The only homing device she needed to insure he was here in this crowd was to turn where every other woman within a twelve-mile radius stared. No matter if you were near or far, Jason Morgan was a sight you had to take in.

She made it to the bottom and headed straight for the beacon of blond hair. Today he was playing the role of someone between a rock star and a secret agent, with his tall frame draped in black pants, jacket and turtleneck. She had lived with this man for six years. Spent countless hours with him. Yet still, to this day, when he moved his bangs aside and peered at her over the pair of black rimmed sunglasses he decided to wear even at night, her insides bubbled, every nerve ending overflowing with excitement, need and yearning.

I work during the day, I listen to music to get me inspired. I come home, get everyone settled and then write from about 8-11 give or take. I also write a ton on the weekends.

Shane from the novel above has a very small role, but is getting his own story

Even though my reputation precedes me as being a total girly girl, I almost never wear makeup on weekends.

I have watched Phantom of the Opera so many times that I can tell if the actors flub their lines.

After centuries of pining away for a love never realized, Therin's last assignment as a Cupid depends on helping the lonely, shy Lucy Carlton. The mission's success or failure will determine where he is transferred. He can study the heavens or be condemned to hell.

Lucy Carlton spent her life searching the stars for answers, but finds them in the form of a gorgeous man who comes in her dreams. Therin shows her the joys of physical pleasure and encourages her to try to find love. She wakes with a new found confidence, but soon her timid nature takes over and she retreats back to the comfort of her home…alone.

With only a week to decide his fate, Therin breaks every rule. What starts as a job to save himself, becomes a love that can never be…except maybe in eternity.

"Why stars?" He retrieved the bottle and poured her some more, staying quiet hoping she would continue to reveal bits of herself.

"Stars are endless, they are sort of like looking at hope."

He stared at her profile.

She let out another laugh, this one heartier than the first. "Right there." She motioned up at the night sky.

"Where?" He leaned over.

"Right there." She put out her finger and leaned toward him as if to show him her perspective.

He moved the basket to the side and slid over, sighing when he finally focused on what she pointed out. "Pisces." The two fish represented Aphrodite and Eros. A few wisps of her hair tickled his face but he didn't move them away.

"Is she your mother? Are the stories true?"

"Nothing is ever exactly as it seems." He repeated his words from earlier, but appreciated the way she was fluent not only in the stars but the mythology. "Just like Pegasus, there is more than one Cupid. He was the just the most famous."

"Are you a God?" She kept her eyes on the night sky.

"I am what they call an immortal. I work for the Gods." He lowered his voice as to not scare her.

She finished off her wine. "Why is this your last assignment? Did I break you or something?"

He put his hand over hers. "I was broken way before you were even born."

"Every being has wants and needs." He paused. "Sometimes when they go unfulfilled it's hard to keep going."

She looked at her lap. "What happens after you deal with me?"

"It depends on how successful I am." He balled his other hand in a fist. This was not something to put on a human.

"Do you mean how successful I am?"

From one day in her apartment he knew she was not only intelligent, but also insightful.

"What happens if I don't end up with him?" She stared into the empty glass.

"There are things only Gods know. I need to guide you."

She shook her head. "I don't want to think of you down in Hades."

"Must be frightening for you," she whispered.

"If you are immortal then you are never really know how or when it will end." She turned her hand over. "Infinite can be as terrifying as finite."

Find out more about Kim: