Guest Who's going to Dinner?

I have  a guest post - my first! wooo! - over at Oh Get a Grip, where several of my favorite writers blog weekly on a wide variety of topics, including the ever-marvelous Charlotte Stein and my personal favorite editor, Kristina Wright.

So, drop by, see what I have to say about the Noise in the Universe... and if you're come here from there, welcome!

Today I'm totally off to do good works; supporting the Can't Stop the Serenity screening, proceeds go to Equality Now and Samaritan House (global and local charities). Of course the fact that I'm a raging Whedon nerd has nothing to do with it... So if you're out and about in Hampton Roads today, stop by Colley Ave in Norfolk for a good show.

And then later, we're taking Mikey Mason out for some beers at our favorite local restaurant, the Biergarden, with its impressive menu of 300-350 beers and the best German food in Virginia.
Posted by Lynn at 9:12 AM No comments: 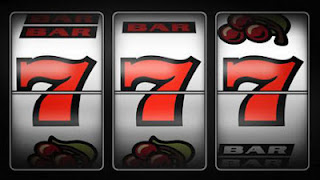 So, unshockingly, I've been tagged by Elizabeth Brooks for this meme I've seen floating around for the last few days...

Rules: Go to page 7 or 77 of your latest work. Read down to the seventh line and then post online the next seven lines or sentences. Then head off and tag seven more writers.

So here's 7 lines from my most recent story out the door, Big Trucks:


swinging loose over her back, eyes closed. She licked her lips in appreciation, a few low groans passing between her lips as he massaged first one hand, then the other. He moved closer, holding her arm to his chest as he worked his thumbs into sore muscles. "You slipped up, today."

"Hmmm?" He wasn't exactly listening, too busy watching the play of sensual response on her face, his body heating from her nearness.

"How about we not play this game anymore?" Amy opened her eyes, a rich cream smile painting her mouth as she took note of how close he was, their faces separated by nothing more than the merest whisper. "Let's just admit we like each other, and see what happens."

Is Lit Rock A Thing? 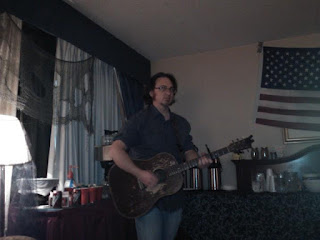 When Lynn told me that she had been listening to my music during the writing and editing of Blister Effect and that she wanted to credit me with a dedication, I was extremely flattered. And it got me thinking again about the two-way influence of music and literature. It’s not news that songwriters often find inspiration from fiction and that writers of fiction talk about the music they listen to when they write. Recently though, I’ve heard whispers of something new but not really. Something sure to shake the music and publishing industries to their knees: Lit Rock.

My unscientific research indicates that the desire for naming this new subgenre is coming from the Wizard Rock community. If you don’t know, Wizard Rock is a large and passionate group of hardcore Harry Potter fans that have been writing, recording, and performing music inspired by their favorite boy wizard. There are festivals, conventions, and large scale tours. It’s bigger than Hagrid’s appetite.

But alas! The Potter passion is dwindling with the end of the movie franchise and no immediate plans for more books. So what do these musicians do? What do the thousands of fans listen to next?

Did you know that there are cool books that have nothing to do with Harry Potter? Well, some of the Wizard Rock people are making a transition from all-Harry all-the-time towards a more varied literature inspired setlist. But that’s not all that Lit Rock might become.

I was recently contracted by Mercury Retrograde Press to spend two years writing songs for their novels. I think that this partnership represents another step into the future of music and publishing. As the world of Fandom has exploded, dozens of hundreds of songs have been written based on books, and as trans-media projects come along with greater frequency and with bigger budgets, the collaborations have become higher profile.

I dare say however, that my contract with Mercury Retrograde is truly the first of its kind. I think that I am the first songwriter to essentially be put on staff by a publisher. We anticipate well over a dozen songs to be released between 2013-2014 that tie-in with the worlds of the books. I am very excited and, truthfully, a little nervous. If a small press and an independent musician can pull this off, look for more of this strange new world.

Jonah Knight performs Paranormal Modern Folk, often at Science Fiction conventions in the mid-Atlantic region. Thus far in 2012 he has performed at MarsCon, Farpoint, Madicon (Musical Guest of Honor), RavenCon, The Steampunk World's Fair, Balticon, and ConCarolinas. For the rest of the year, he is currently scheduled to appear at Confluence and Capclave, is waiting to hear back from a few more, and is scheduling house concerts. He is at work on his sixth album, Another Creepy Christmas, a collection of creepy holiday songs.
Posted by Lynn at 11:17 AM 2 comments: