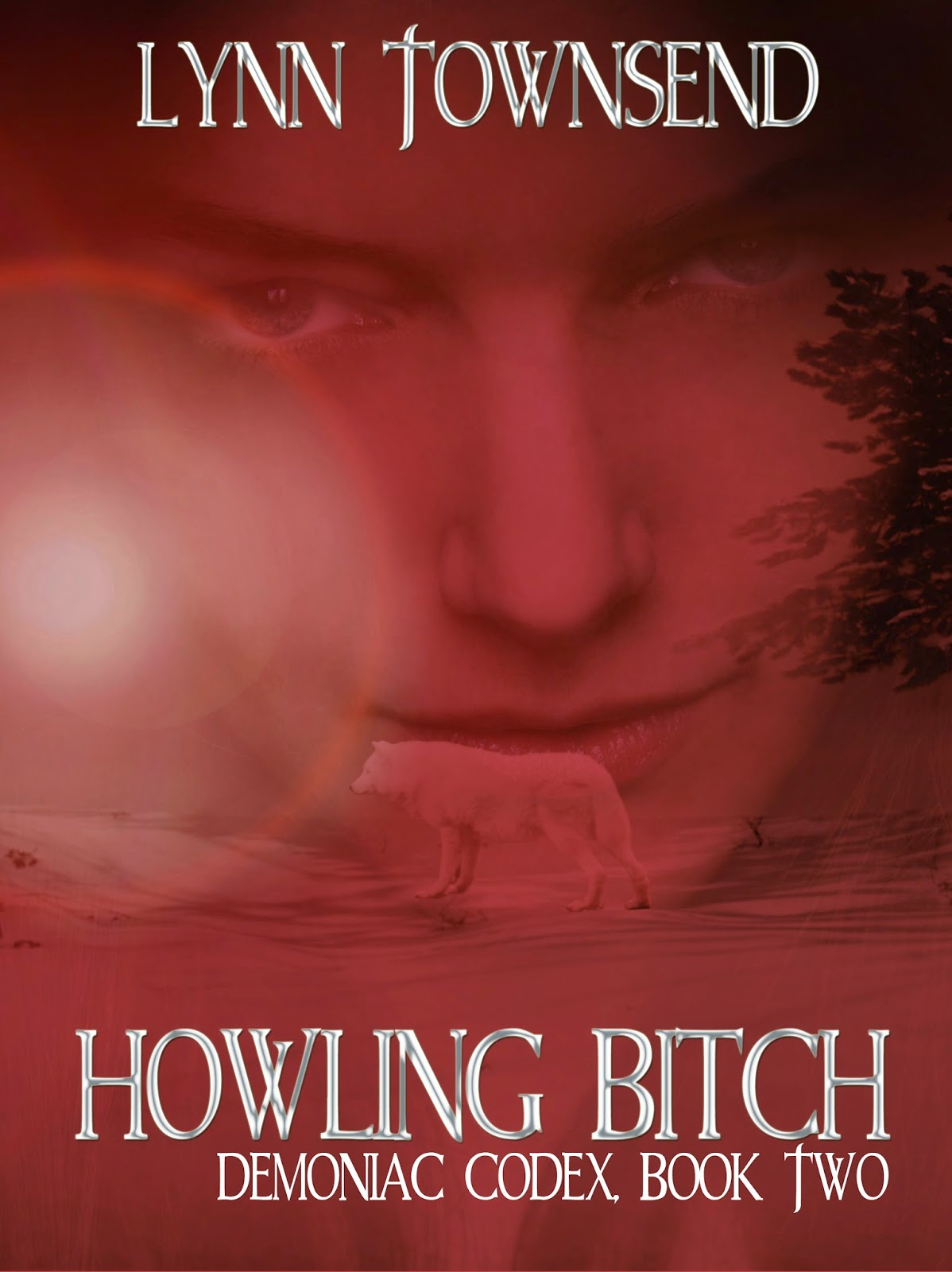 So, Howling Bitch is out today...

And you can buy it here from Amazon

It's the sequel to last year's Blood Sight. The books are not entirely stand-alone, and it will improve your reading experience if you take them as a series, but if you don't, I mostly sum-up, and you don't HAVE to read Blood Sight...

Life's a bitch... and then there's Taite. Nico Marrone was never the plays-nicely-with-others type. When doing the wrong thing for the right reasons costs him a cushy spot with the Paranormal Police, Nico takes up the only other work he's trained for; supernatural bounty hunting. Called to the far north to find the daughter of a preacher, abducted by creatures unknown, Nico finds himself rapidly in over his head. A desperate mistake leads him into an uneasy alliance with a wild and beautiful lycanthrope, Taite Julien. Can he win her love before she discovers his secrets?
Otherwise known as Howling Bitch, Taite is just doing her job. Driven by history and duty, the lycans have always protected the innocent from demonic schemes. Bitch races against the legions of Hell to find answers and prevent a literal Hell on Earth. Bound together by prophecy, entangled by forbidden desire, can Bitch and Nico rescue the girl, liberate Taite's people, and maybe even save the world. Or will the truth cost her everything, even her soul?

Check it out, it's a howling good read.

And join tonight's release party on Facebook for a chance to win prizes, free copies of the books, read some excerpts, etc...
Posted by Lynn at 9:08 AM No comments:

For Your Listening Pleasure

I work, sometimes in passing, with some insanely talented people.

I say "insanely" because they have this weird idea that I, too, am talented... anyway, as a result of working with some crazy writers and podcasters, I have two things of interest... 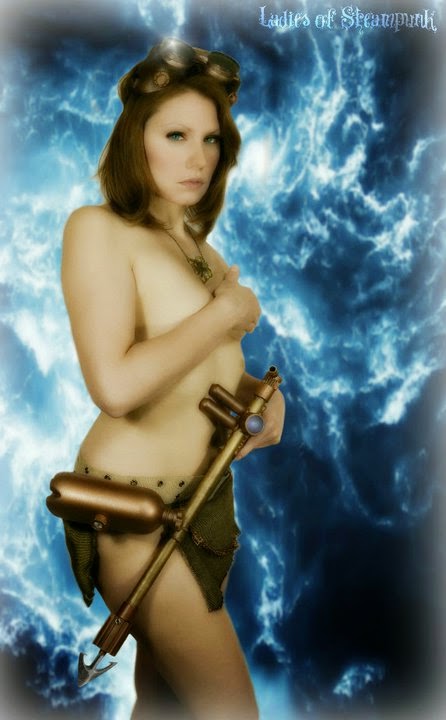 First off is Nobilis Reed's podcast, where my work has appeared before, for Ripped, now has one of my steampunk stories, Deep Breath, available...

Like steampunk? Submersibles? Robot Sharks? And sex up against the bulkhead? Then Deep Breath is for you. Read by Kristen Bays, who does my terrible dialect writing in glorious performance (seriously, I could NOT stop listening to this, it gives me chills...)

Deep Breath takes place in the same universe as London Steam (and the project-to-come, The Wormwood Trade), in a reimagined London, where Napoleon won the war and Britain is just returning to independence after the assassination of the Emperor's bride (yeah, yeah, back story that never really comes up, but I promise, after I write Wormwood Trade, it all fits together...)

Deep Breath appeared in Ladies of Steampunk magazine, the premier issue, inspired by the lovely photograph at the left there... 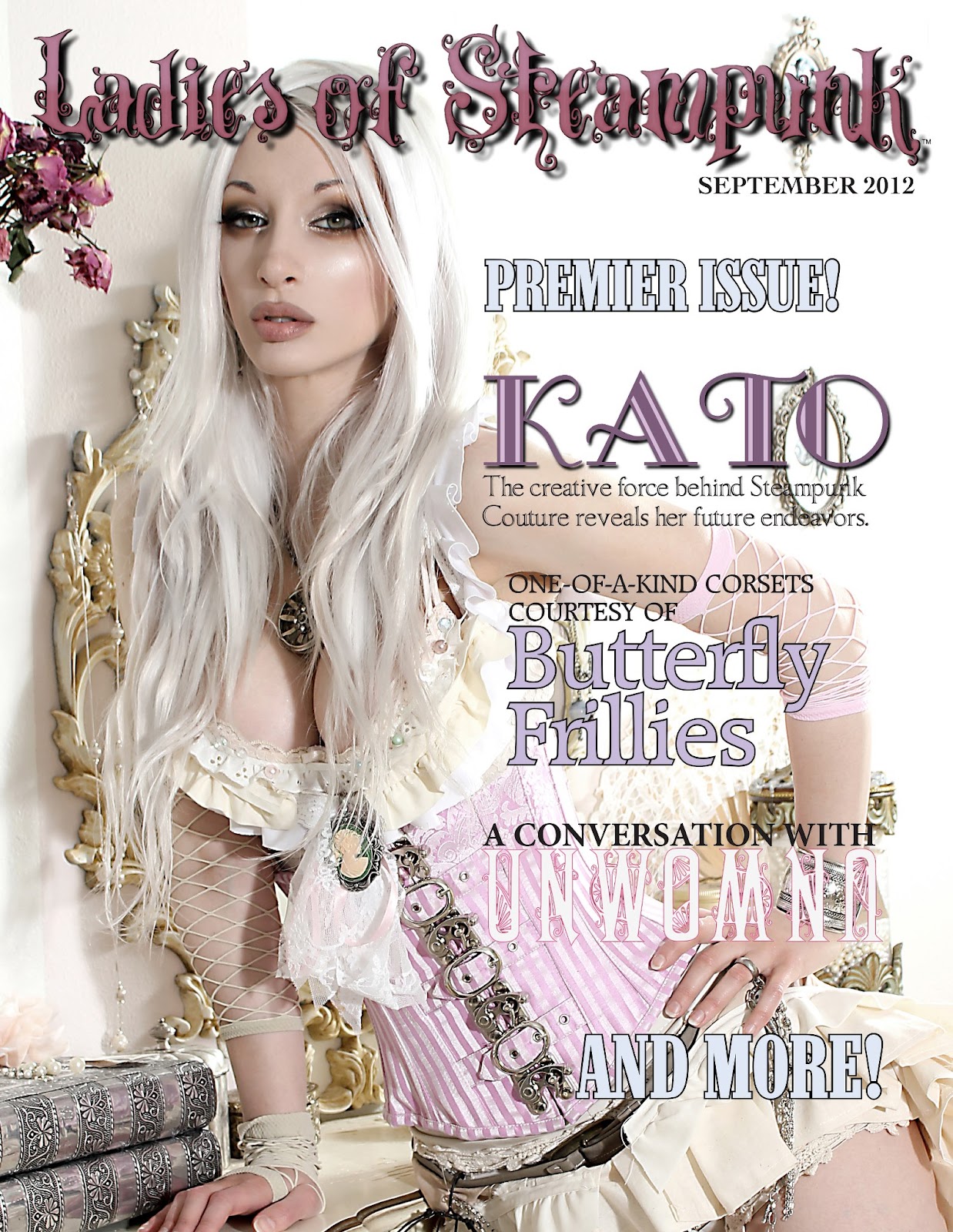 The original "idea" for the calendar was for people to write little short flash fiction to go with each month's Steampunk lady, but that fell through when not enough stories were submitted, and the calendar went forward without the stories. The calendar was popular enough that they decided to move to magazine publications, and thus the Ladies of Steampunk magazine was born.

My rights returned to me quite some time ago--but you can still get the premier edition of the magazine, if you want it. It's very lovely--and I hadn't really decided what I wanted to do with the story. Since it's still available in an eMag and print copies, I didn't think it necessary to publish it elsewhere. But Nobilis, who is a lovely person, a talented writer, and a good friend, has been doing podcasting for a while, and offered submissions to a writer's group we both belong to, and I sent in Deep Breath as something I had easily available.

And then, for more listening enjoyment, Dead in the Water, my zombie story, will also be available in an audio format Real Soon Now...

Rose Caraway's Kiss Me Quick Podcast will be featuring Dead in the Water as its next episode, along with this crazy, sexy cover... 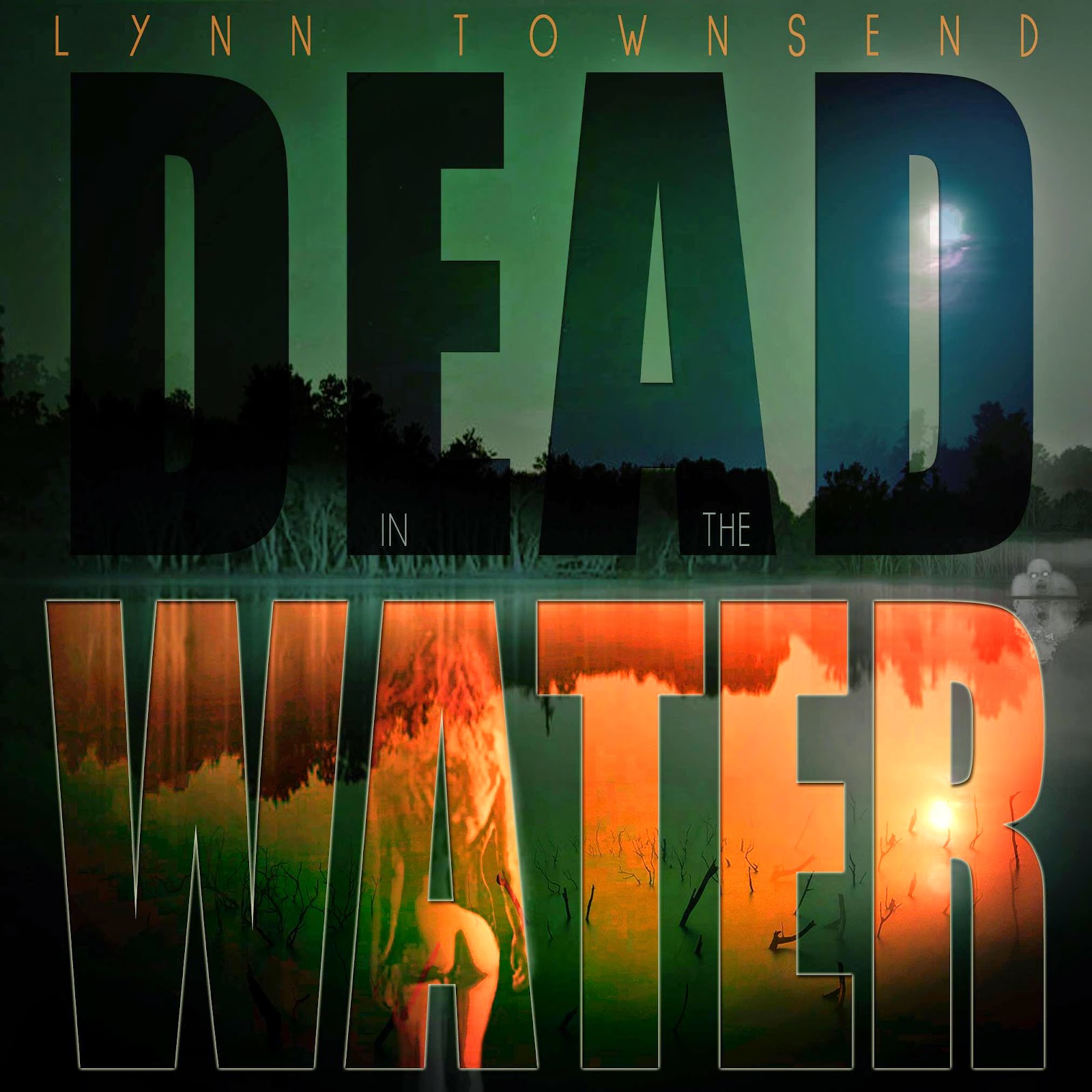 Dead in the Water originally appeared in Sommer Marsden's anthology, Coming Together: Hungry for Love, which featured a wide variety of sexy zombie stories... I love that collection, it's one of my pride and joys. I especially love it because I'd wanted to work with Sommer for a while--she is one of my idols in the erotica corner of the world... when I grow up, I want to be Sommer--and because I adore zombies.

The story was inspired by a sign in front of a boat shop that read "Zombies Can't Swim, Buy a Boat."
So I wrote a story about a group of refugees after the zombie apocalypse who'd taken shelter in a cluster of houseboats and yachts and lived out in the middle of a sheltered bay (okay, I'll be honest, it's set right in front of my parents' bayside cabin...)

In the course of writing the story, I realized that I absolutely didn't know what firing a handgun felt like, so I enlisted some help from a friend, went to a firing range, and actually did use a handgun for a while. I wouldn't say I'm good at it, and I'm still never sure if I enjoyed it or not, but I've been a few times since, and I'm no longer terrified of guns as objects. (I'm still terrified of idiots with guns, but I'm also terrified of idiots with cars, so you know, there's that.)

I really love this story, and I adore Rose. Can't wait to hear it... Take a listen, and let me know what you think...
Posted by Lynn at 2:43 PM No comments: 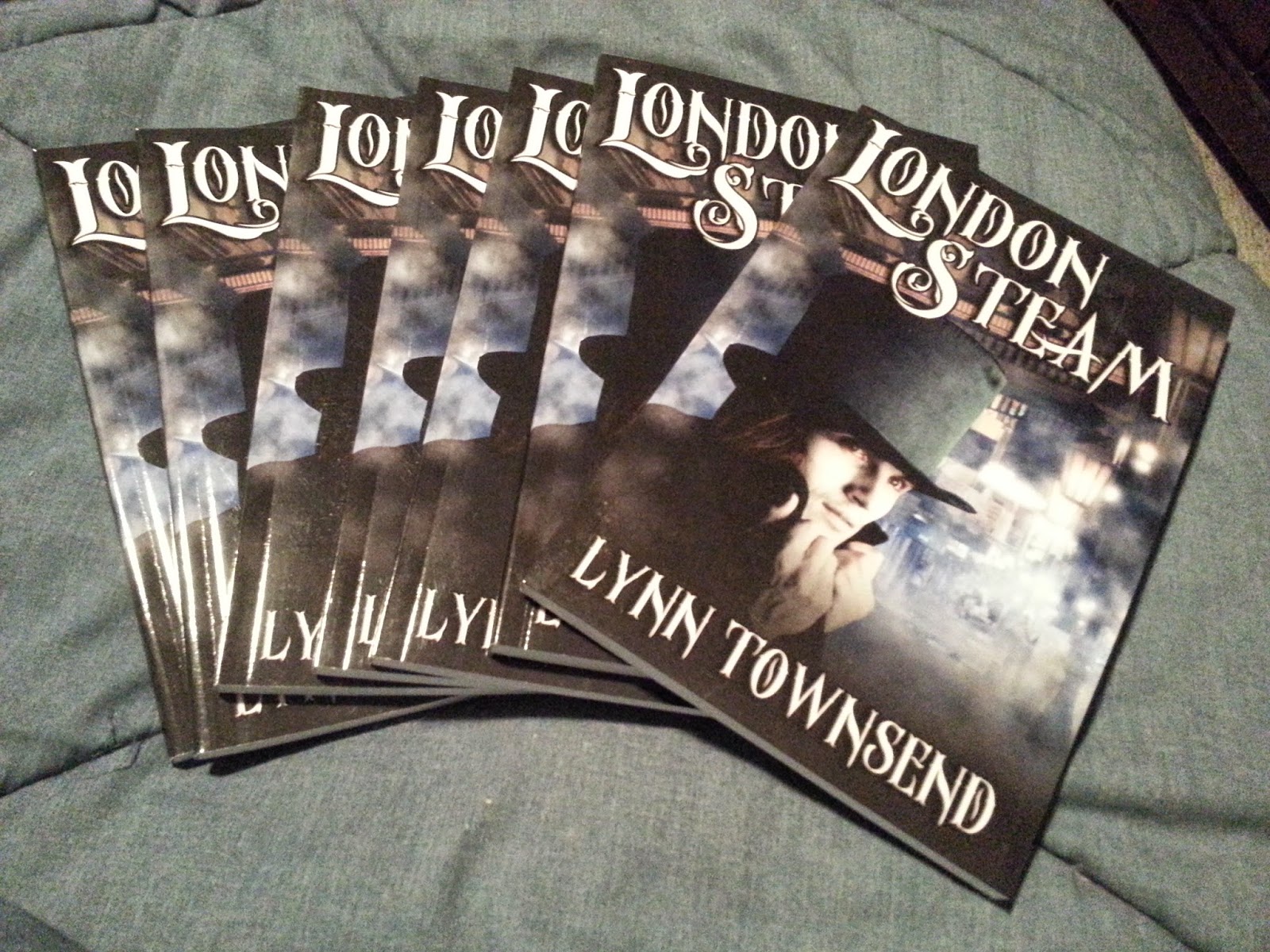 So, I got these in the mail the other day. I must say, I'm very proud of Dex and Seth, they've come so far.

Shadow of Kenfig was the second story I ever wrote in the erotica genre for publication. (I won't even get into all the m/m/f stuff that Liz and I used to shoot back and forth to each other, which is so completely NOT worth publishing... I wish it was, we spent so much time on it... )

Because of some bad judgement on my part, and lack of guidance, the sequels, Blister Effect and Synchronous Rotations, didn't do as well as I had expected.... 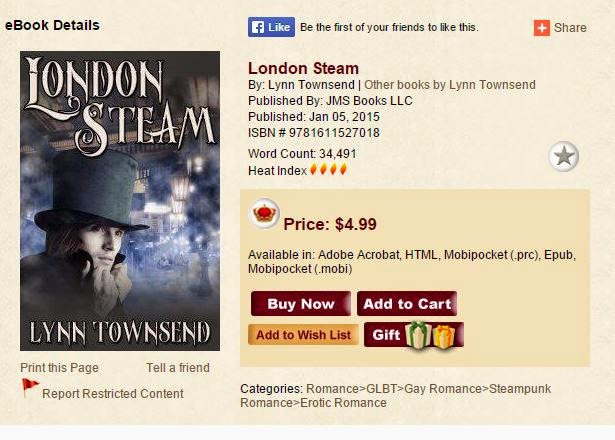 As a collected volume, however, London Steam has become a best seller on All Romance in genre, and did well enough to allow a print edition. (JMS primarily deals with ebooks... a certain number of which have to sell in order for the book to go to print.) So, I'm very happy with the book, and I hope you will be, too...

If you'd like to win one of these, please SIGN UP for my email list. I promise, it's not that onerous, and I don't spam much... If you're already signed up, you're already entered in the contest...

Sometimes I wish my job responsibilities ended with The End.

I wish I could write those final words with a flourish and have that be enough.

But it's not enough. Even excusing the edits and re-writes, which I can take as part of the job. I don't even mind that part. I love my beta readers and my editors; they help me write the best book that I can. (Even if 2 beta readers and 3 different editors--and me--failed to notice a small error in Blues, such that a reader got to point it out to me. That she pointed it out only bothers me--I mean, after all, she's not wrong, the error is clearly in there--in that it adds to the number of stupid things that have to go through my mind every night before I go to bed about what an abysmally terrible human being I am, and that list is so long these days that I'm not getting to sleep until 2-3am some days... I'm only in my 40s. By the time I'm ready to die, I won't be sleeping at all...) 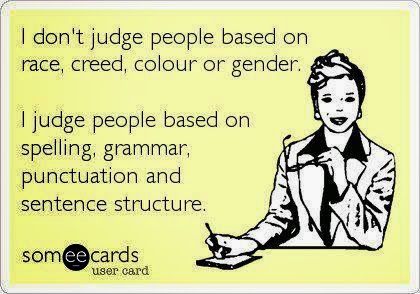 Then there's marketing. Which, honestly, I'd never expected to be part of my job as a writer at all. Marketing sucks; putting together release parties (by the way, please sign up for Howling Bitch's release party) and promo posters. Talking to people and asking them to do reviews... (If you've read one of my books and you have a few minutes, I'd love it if you left a review at either Amazon or Goodreads... you don't even have to like the book, just leave the review.) Making up postcards to leave at bookshops and coffee shops and conventions; mailing out books to people for prizes... all of this costs money out of my own person pocket, too... for that matter, most publishers only provide one or two copies of the book as part of their author compensation... the rest of them. My pocket, again.

This year, we actually had to pay taxes on my writing income. Of course, publishers don't put aside money for taxes... Even claiming all my advertising expenses didn't get us much in the way of credit for the taxes that I hadn't paid. We got 30% less back in returns this year to cover that gap. And yes, I realize that this is how returns work. A return isn't the money the government gives us, it's not extra money, it's the overage between what we pay out during the year and what we actually owe in taxes. That we get less back at the end of the year just means we had more money during the year...

I got an upsetting email last night from one of my editors--and if I'm upset, I can only imagine how upset she has to be--that three of her anthologies, which were already complete and edited and turned in and ready to go, were cancelled. The publisher is cancelling all contracts for those projects and returning the book to the editor, unpaid.

She's not the only editor who's had contract issues; You can look here for Violet Blue's blog post and here for Alison Tyler... There were also unusual and out-of-contract delays for another book I submitted to them. Honestly, if you agree to pay someone within 90 days of publication, then you should FUCKING PAY THEM.  not 45 days AFTER 90 days after publication. Just saying.

Now, admittedly, I don't have as much to scream about as these talented editors do; I'm out $50 and a couple of paperbacks. (And you know, the 2-3 weeks it takes me to write a short story... remind me again why you think I should be able to lend you $500??)

But I am frustrated. And unhappy. My sister-in-law and fellow writer, Nickie Jamison, is in the same boat. Her story, which I beta'd for her, was also accepted for one of these cancelled anthologies. And for her, this was only her second acceptance. She seemed mostly okay with it last night, but she also has so much on her plate, I'm not sure she's actually chill, or just out of fucks to give... 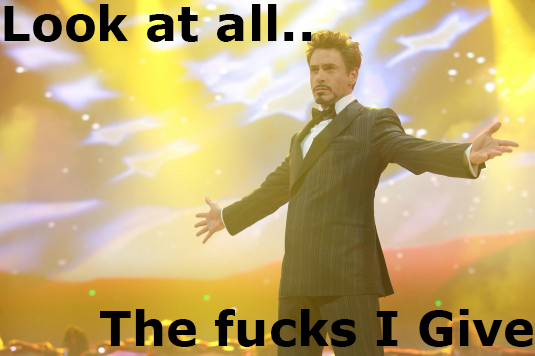 My editor has asked permission--which I gave her--to hold the stories for a little while and she's going to shop them around for another publisher. We'll see what happens. I'm not holding my breath.

I'm behind on projects, although I did talk to my publisher about one thing and I've got a 2 week extension, so yay for that, because I am just Not Feeling It today...