Werewolves, like vampires, are the monsters of the moment, and probably much like you, I was getting a bit tired of them. Surely there were other shape-shifters in the world that could use some love. 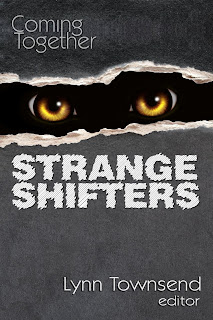 A few years back, I read a really cut novel that featured a were-Chinchilla... as the fur-mommy of two adorable chins, myself, I found the writer's portrayal of the sometimes human / sometimes Chinchilla to be just spot on. The character had a lot of the personality traits that I see in my boys, and it was just an all around great read.

So I started seeking out other shifter books; harder than you might think, altho I did come across a few.

As I've been told several times: If you can't find the book you want to read, write it.

There are a lot of great charities, and I work with several of them, donating time, or money, or both... One of the ones I'm particularly fond of is Bat World Sanctuary. I stumbled across them on Facebook, started following the page, and fell in love with the little creatures there, and the people that help them out.

I've always been fond of bats -- someday I'll tell you a funny story about my grandmother and trying to get a bat out of the lake cabin -- and thought they were misunderstood creatures.

So I wrote to Bat World to see if they'd want to receive the donations from our collection of smutty stories. Because their Facebook page is considered family friendly, they can't really advertise our book, but they have a burlesque group that does a fund-raiser for them once a year... and that decided me... We'd support Bat World... 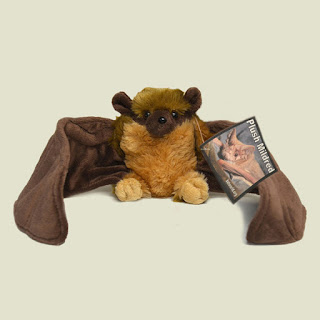 And a few weeks ago, I got two of these little babies in the mail as thanks for our donations and time... isn't she cute?

So, I have a signed copy of Coming Together: Strange Shifters (signed by Nickie Jamison, Elizabeth L. Brooks, Lynn Townsend, and T.B. Bond,) as well as one of these little batty babies to give away.

So, leave a comment on this blog. Leave a comment on my blog, "like" me on Facebook, follow my Amazon profile, or follow me on twitter (Let me know on my Facebook page, or in your comments that you did these things -- sometimes they don't notify me.) between now and April 1st, and you'll be entered to win... you'll get an entry for each one of these tasks!