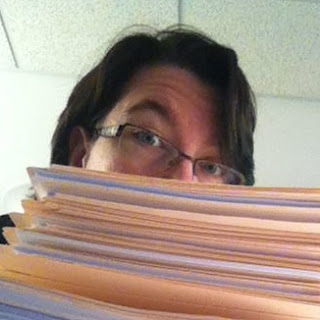 The one that makes me want to get up and leave the room when I hear it is a contraction I've only really heard in the last few years, in which people leave "to be" out of verb clauses. For instance: "The
dishes need washed," instead of "the dishes need to be washed." It actually gives me the shudders. If the extra two words are really that much extra effort, you can get away with the gerund: "The dishes need
washing."

My own besetting grammatical sin is commas. I'm terrible with them. I leave them out when they should be there, or put them in where they're superfluous. Even knowing that I do this doesn't help; I'll second-guess myself, and then end up getting it wrong on the few occasions I would've gotten it right to start with.

GOD, yes, all the time. I try not to even look at older stories sometimes, because I know I'm going to find things that need to be
fixed, and not be allowed to do so, and it's painful.


How much of your life and the people you know end up in your work? 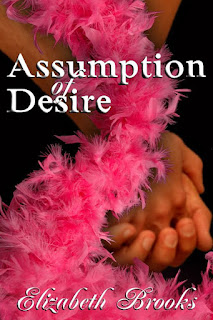 I think it's impossible to avoid injecting some amount of one's own
experience into writing. Even when I'm trying to imagine something
completely new to me -- the telepathic connection that occurs in the
"One Mind" books, for instance, or the experience of shape-changing in "What You Are" -- I'm pulling on my experiences of things I've done or read or felt that might be similar, to enable me to describe what I can only imagine.

That said, I do try to avoid being too obvious about it. I'll extract
a particular feeling, or a gesture, or (rarely) a few particularly well-chosen words. I try to avoid doing more than that, because I wouldn't want my friends or romantic partners (past or present) to recognize themselves in a scene I've written and wonder: is that really how I acted? does that mean the other character in the scene
represents her? is this really how she saw that event? is this how she sees our relationship?

I do have to admit one exception: Jesse Summers, from "Assumption of Desire", is in fact based on a real person, an adorable twink that I met at a GLBT Pride event. He helped me and some other editor/authors
break down our tents and tables and schlepp everything back to our cars at the end of the event, and in payment, I offered to write him into my next story. I make no claims that the character Jesse's
personality is anything like the real Jesse's, but physically, he's an exact copy. 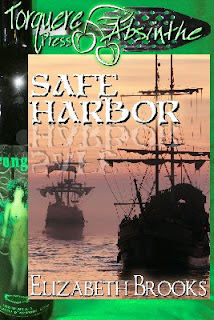 Oh, yes. Dawn moved into my head some eleven years ago (his initial appearance was almost *exactly* eleven years ago, actually), and he hasn't left since, despite going through several incarnations in the meantime. I thought publishing "Safe Harbor" would exorcise him, but it's only made him dig in deeper.

My most promising project, at the moment, is the one I'm working on
with you, actually. For your readers who may not have been paying
attention: we're each writing a short-short (1000 words or less,
usually) each week, generally in response to some generously donated
prompt words.  I post excerpts fairly regularly on my blog, but here's one just for you and your readers:


What was taking him so long?

Finally, she heard his tread on the stairs. “Babe?”

“Second thoughts, already?” He wasn't even in the room yet, but she could hear the amusement in his voice.

“I just want to know what you have in mind.”

He appeared, sat next to her on the bed. He combed his fingers through her hair, spreading it out around her. “You remember your words?”

“Of course.” She'd chosen them herself, and he'd repeated them four times, as he'd fastened each of the restraints at her wrists and ankles.

He stroked her face, traced the line of her throat, outlined her collarbones. “Are you using them?”

She hesitated. His fingers felt good on her skin... “No. I just want to know.”

He smiled, kissed her lightly. “Then no.”


As a note: Elizabeth is running a contest to win an adorable tentacled minor god of your very own. Go to her blog and leave a comment, or her Facebook page and tell her what color octopus you want.