I Miss My Day Job

I've been a published writer for almost 2 years now.

I've learned a lot of things about myself, about my talent, about the publishing industry. I've worked with editors that I love a lot, and editors I love less.

Sometimes the problem is, when dreams come true, you discover that what's on this side of the fence isn't the same as what it was when you saw it over there.

When I worked in the theater, so many years ago, I learned how to use stage settings and light color to set the mood for a given piece. That the audience would respond to subtle cues. Over sized furniture could by used to make people feel child-like with wonder, or terrified of being powerless. I learned how music composers used certain instruments to stir certain feelings. 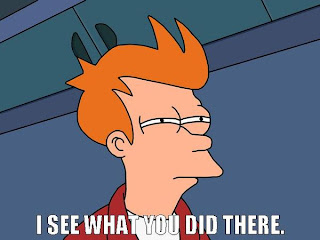 I couldn't relax at all, while watching Dolores Claiborne. Not because it was a stressful movie (altho it was) but because the lighting kept changing to indicate "past and clean and pure" versus "now, cold and real and tragic." The Blue Movie, I called it. They went a little overboard on the lighting changes. Not suBtle.

My husband is a big fan of behind the scenes specials.

I can't look at Galadriel without seeing the Christmas lights that they wrapped on a stick and hung over her to give her that "other worldly wisdom" look.

I don't know that I ever thought about what would happen after I was published.

And after has been a little weird.

Sometimes I have trouble enjoying reading as much as I used to. I find myself correcting people's grammar. Or getting angry when I notice a favorite author's tendency to describe something (a kiss, a cup of tea, the sensation of waking up in the morning) exactly the same as she did last time, talking about a different set of characters.

Worse is when I notice that self-same tendency in myself. I thought - once upon a time - that when I was published, I wouldn't forget what color a character's eyes were. A particularly famous writer that I am fond of had a main character whose eyes were described at different times as being blue, green, and brown.

And I won't tell you what I did, in case you missed it, but I pulled one of those recently. And it's in print, where I can't fix it.

Sometimes it's hard, being "out there." Where your mistakes and screwups and bad writing and cheating plotlines and lame endings are out there for everyone to see. And you wonder sometimes if anyone at all actually sees them.

Sometimes I miss my day job. Where I was given clear goals, a yearly evaluation, and mostly just bided my time, waiting for Friday. Where no one really cared about what I did. Or doubted it. Never once, when I worked in Research and Development for insurance products, did anyone ever say, "No, really?" or accuse me of having low morals, or tell me "oh, yeah, anyone can do that." If people thought about my job at all, it was to say "oh, that's nice..." and not cast aspersions on my character, insult my talent, and assume that what I do is easy and makes me rich.

(If my mother doesn't stop asking me when I'm going to make enough money to support her in the lifestyle to which she'd like to become accustomed... Do you have any idea how MANY writers there are out there? And how very, very few of them you've ever actually heard of...)

Yes, I really write. Yes, most of the time I like it. No, I'm not rich and no I won't introduce you to my editor, my agent, or my publisher. No, it's not easy. Yes, it's a lot of work. And if you think "anyone" can write that kind of "junk," how is it that I've never seen your book on the shelf?