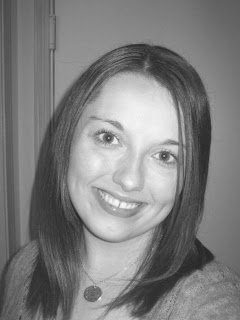 Hello! I must say, I'm delighted to have Sarah Jayne here with me today, and not just because she spells her name like my favorite television character. (Okay, so that might have more to do with it than anything. I'll admit it, the Hero of Canton is awesome!) ANYWAY... I give you Sarah Jayne Carr...

Finding enough time to do it. There are never enough hours in the day to accomplish what I would like to do.

My cousins and I used to write stories as children. Throughout the years, I would write snippets and put them away, pulling them out periodically. In 2005, I discovered NaNoWriMo and wrote my first full-length novel. The rest is history!

Completed? Embracing Hamilton. Amelia really starts to come out of her shell and the personality dynamics blossom for some of the characters. Work in progress? Hunting Hamilton. Let’s just say I enjoy writing a warped character named Estian.

I’m a spelling junkie and I try very hard to spell everything correctly. Let’s just say the Dictionary/Thesaurus app on my phone is one of the top three apps I gravitate toward. ;)

Nope, it’s finished for a reason and if I were to change anything, it might alter the stories that occur after it. As for grammatical edits? I’m OCD about them so I do my best to let anything go I see.

I try to name my characters after people I don’t personally know (or at least at the time of the character’s creation). I don’t want any true-to-life traits to influence my imagination.

My first publication was the first release of Revealing Hamilton. It with a publisher who has since shut their doors. Acceptance? There’s no other feeling like it. It’s a complete high and it feeds the muse!

Very little is added to my story when it comes to real people. A lot of my characters die so I try to make my characters unique and unlike anyone I actually know. On a separate note, I take some life experiences and those absolutely weave into my writing. For instance, there’s a scene in the JR7 series that takes place in a morgue. Guess who went on a tour? This girl!

I recently finished book two of the JackRabbit7 series, Embracing Hamilton. It’s due to be released this fall. Here’s an excerpt (unedited):

“You have a lot of nerve calling and asking for help. You know that? I replied. “Why don’t you just go to the police?”

I heard a crash in the closet and my heart pounded up into my throat. Unable to speak, my mind pieced together that Nick was across the hall. Someone else was in the room with me.

“Nice. Now you’re going to give me the silent treatment?” Don asked.

It couldn’t be Donovan in the closet. I would have heard it through the phone and he didn’t seem to have a clue about the clatter. I flipped the phone shut, allowing my own safety to triumph over the continued argument. If I died, no one would be around to save Simon, Herb or Camille: provided Donovan told the truth.

My hands were clammy as I rubbed my fingertips against my palms. I reached out for the closet door and everything appeared in order. Old shirts hung to the left and jackets hung to the right. I wondered why Don hadn’t taken everything with him when he moved out.

When I looked lower, I noticed a pair of faded loafers on the floor. Strange. Donovan never wore anything like them. I allowed my eyes to travel upward and noticed jeans were positioned above the shoes. When one of the pant legs twitched, I realized I had a problem.

The muse is always orchestrating in the background of what I’m doing. Whether I’m at work, driving, at daycare or elsewhere…she’s thinking of ways to tackle me. When do I write? After the kiddo is in bed at night. 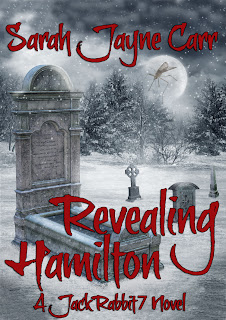 I have two plot lines going on right now and both main characters are bull-headed. They fight for dominance in my mind so they’re always stuck in my head.

I love reading anything by my CHBB (Crushing Hearts and Black Butterflies, the sister press of Hot Ink)  family. My favorite author from over the years is Laurell K Hamilton because she was who first inspired me to take my writing seriously. My favorite book of all time is The Hollow Chocolate Bunnies of the Apocalypse. It’s this amazing murder mystery about nursery rhyme characters.

Talk to us about your domestic life; a favorite recipe, craft, your pets, children, house, or favorite set of socks.

I live in Washington with my husband and our golden nugget. By day, I work in medical billing and I’m a novelist by night. Socks? Now, we’re talkin’! I love socks! Variety is key and they don’t have to match! Favorites? They include vivid colors, animals, toe socks, etc! My absolute favorite pair are rainbow monster socks with felt teeth on the toes. They also have floppy eyes on the tops of them.

I’m an ordained minister, I’ve given a dolphin a vaginal exam and when I met Laurell K. Hamilton I accidentally said, “I love you” in front of a studio audience of a talk show. Oops!