So, Tim Miller is one of the excellent writers at Vamptasty - the slightly darker/less sex sister publishing house of Hot Ink... 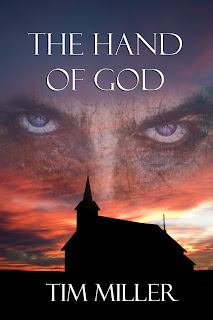 What are your greatest challenges in your writing career?
marketing and getting noticed. It's the most time consuming, and hardest to figure out by far as well as the most frustrating.
(Lynn: Seems like a lot of people say this, so I may put together or gather up information about marketing.)
When did you find out that you wanted to be a writer? What inspired you to put pen to paper?
Ever since I was a little kid I used to write. I'd type stories on the typewriter at the library and sell them at school for 10 cents.
Of your published works, do you have a favorite? Why?
I'm actually most enjoying the book I'm working on right now. I think it's the scariest and most mainstream project I've done so far.
What are your biggest pet peeves for other people's grammar? Are there any mistakes that you find yourself making regularly?
I know I make mistakes, but not any same one that I'm aware of. I just hate when people can't spell. I don't mean typos either, I mean they just plain don't know how to spell shit. It's annoying
Do you ever want to go back and edit an older story?
Not really. I know authors who do. I feel like once a story has been told my writing continues to grow, so I'd rather move on to something new.
What's the worst thing that ever happened to you that you've incorporated into a story?
In my first book (no longer in print) Without a Trace, there is a scene for a police officer's funeral. As I wrote that story I was a corrections officer at the time for the sheriff's department. One of our officers was killed in the line of duty, so I drew on that raw emotion to write that scene, it came out pretty powerful as a result.
How much of your life and the people you know end up in your work?
All writers incorporate some experience into their work, as far as people, I never put people I know into my stories.
What projects are you currently working on? Are you willing to share a small excerpt from a work in progress?
I have the sequel to the Hand of God coming out in May, that is called Revenge of the Three. Here is an excerpt:

“Get it off me! Get it off me!” One man cried as he ran past Kirkland. He bolted from the sanctuary and into the foyer. He found the men’s room and ran in, trying to wash his head in the sink, running cold water over it. He looked in the mirror but the flame was still there. He grabbed paper towels and tried to smother it, but it didn’t go out. He ran back to the church as the screams grew louder. Once he was back inside, he saw everyone—members of the band, women, and children, all engulfed in flames. Some ran around while others were rolling on the ground. Still others lie motionless, already dead.


Kirkland didn’t know why this was happening. Why would the Holy Spirit do this? He could only conclude that it had to be Satan. They had been fooled, and now it was too late. He kept trying to put out the flame on his head, but to no avail. Before the fire took him, he wondered what was more horrifying, watching all his people burn to death, or knowing he was next.

Tell us three things about you that are interesting.
I currently train MMA and hope to have a mixed martial arts fight before the end of 2013.
I was interviewed last month by Fight! Magazine
I was in the Marine Corps from 1992 to 1996

You can also find Tim on his facebook page; he's a completely different kind of writer than I usually see here - which is totally cool! Whereas I usually talk about sex, he talks about mixed martial arts!
PS - I had a friend in college with the same name who will be forever remembered as the "heat seeking lasers" guy... this is not that Tim. Just in case you were wondering...