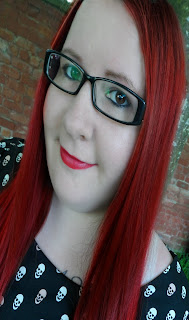 For me, the biggest challenge was just finishing my novel! I started writing it over five years ago but got caught in a cycle of insecurity - I'd start writing it, get 10,000 words in, decide it was rubbish and scrap it. Then I'd try again, get 15,000 words in, decide it was rubbish and scrap it again! I started writing "The Red Sun Rises" again in September of last year and I was making serious progress, but a death in the family kind of stopped me in my tracks and I let it slip again. It wasn't until January this year - when I decided to make a major change in how I was writing the novel (I changed the POV from 3rd to 1st person) that it really clicked and I wrote an 82,000 word manuscript in three months.

I don't know if it was ever something I really decided on. I've always loved reading and when I was little, I used to doodle little comic strips in the backs of the books I finished reading. I always enjoyed writing but it wasn't something I ever considered as a career, it was something I did purely for my own enjoyment. It wasn't until I went to university to get my Journalism degree that I realised how important writing was to me - important enough to give it my best shot, at least.

At the moment, I only have one published work but I think even if I had more, my forthcoming novel "The Red Sun Rises" would still be my favourite, just because I worked so hard on it for so long and I feel like I put a lot of myself into it.

I wrote a story when I was 15 years old (so 10 years ago now!) about a disease that wiped out the adult population of the world, leaving only the kids - who by the beginning of the story have become teenagers. I'd quite like to re-write that at some point in the future. 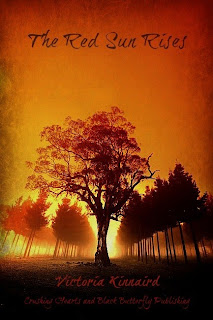 "The Red Sun Rises" will be my first publication and it's being published by Crushing Hearts and Black Butterfly Publishing. I was so overwhelmed when I got the acceptance. I'd only finished writing "The Red Sun Rises" about a month before, and I'd been shopping it around a bit. I went down the traditional path of trying to get an agent, and got rejected a couple of times, or I never heard back at all. Then I looked at publishers who would accept an unsolicited manuscript, again most of them I never heard back from. Just a couple of weeks after I signed my CHBB contract I had another publisher contact me asking for the manuscript, and I was just astounded. I'm still kind of reeling to be honest!

When I was 15, my cousin died really suddenly. He and I had spent a lot of time together that summer - I was writing the story I mentioned above, and he was really supportive about it. We spent afternoons day dreaming about my future life as a famous author, he wanted to work as my PA and I had to somehow hook him up with an introduction to Metallica! One of the main characters in "The Red Sun Rises" suffers a similar loss.

I think the people I know end up in my work a lot more than my life does! My sister Nicole is actually in the book in a way, and a couple of characters are either named after or inspired by my friends. In terms of my life, my lead characters love of rock music is probably the only thing to really come out of my life that's in there.

Tell us about a real person who has had a lot of input to your work, someone who inspired you or encouraged you, or even discouraged you and you have to prove them wrong.

There are a few people who have really encouraged me. My family have always been very supportive. When I started writing the draft that would eventually become the finished novel, I shared it with a small group of friends who really encouraged me to continue and I think they're a big part of why I finished it. There are people I've felt I had to prove wrong, as well, people I grew up with who have always scoffed at me writing YA. Getting "The Red Sun Rises" published is the ultimate revenge!

I am currently working on the sequel to "The Red Sun Rises" and it's working title is "The Theory of The Four". Here's a little teaser, featuring Andy and my lead vampire character Eren:

“Hey Lestat, welcome back to the land of the living,” Andy quipped, his tousled brown curls falling around his smiling face in charming disarray. I couldn't help but smile at him, he looked so at ease with his lanky frame propped against the granite counter top in the open plan kitchen.

“Hey Lurch,” I replied. “Your soup is burning.” 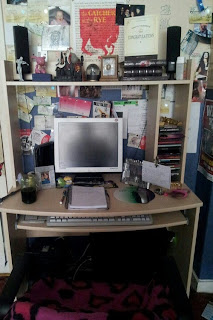 I try to write every day, usually just after dinner. I sit at my desk, close the door, put on whatever playlist I've put together for the book I'm working on, and get stuck in! I write everything by hand and then type it up, so it's a long process but I enjoy it and it works for me.

It may sound big headed, but my own character, Eren Anderson wouldn't leave me alone! Every time I stopped working on "The Red Sun Rises", he'd quiet down for a while but he always piped up again. I kept picturing scenes with him in them, or a line of his dialogue would just pop up in my head, and that's why I always went back to writing it, just to get him to shut up!

I think Joe Hill is really under-rated, his new book NOS4A2 is really great. My other real book addiction at the minute is the Shadowhunter series' by Cassandra Clare. The first film from The Mortal Instruments series is coming out in August and I can't wait to see it!

Talk to us about your domestic life; a favorite recipe, craft, your pets, children, house, or favorite set of socks.

I think I might be the most boring person ever, so you might not find these interesting!

1. I have 11 tattoos, and they are all band related

2. I have no qualms going to America to see my favourite bands play (I live in Scotland!)

3. I send letters to friends that only live 45 minutes away from me.