So, the second day of our vacation we got up fairly early - Fort Sumter is on an island, and you can't get there without a boat. Not having a boat of our own, we had to catch the ferry. There's two ferry docks; one of them is owned by the National Park Service and the other one is not. They are, however, only separated by about twelve miles. We figured we'd aim for the one in Charleston and if we got there too late, we'd go up to the dock on the other side of the bridge. 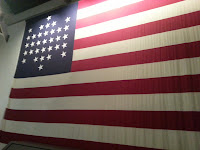 We got there in plenty of time, went through the small museum on the shore, and then went out to the dock. While out there, I saw some river dolphins sporting around in the water. I pointed urgently to the husband. "Look, dolphins!" Of course, by the time he looked, they weren't there anymore. Someone else heard me, looked, didn't see them, and started muttering to his companions about people with overactive imaginations.

So when they popped back up and the woman from the other group saw them, I had that nice surge of being validated. Eventually, my husband saw them, too. About a half dozen or so.

We got on the boat and listened to one of the park service guys talk about the history of Fort Sumter. (If you're really interested, there are tons of reference materials out there for you to look it up.) My mother is a Civil War historian, so I kinda zoned out a bit; I've heard most of this before. Except that my mom calls it the War of Northern Aggression, which may tell you a little bit more about my mom than really, you wanted to know.

I suspect I could call her on the phone and ask her for the schpiel on Ft. Sumter and she could do it - accurately - without having to look anything up. 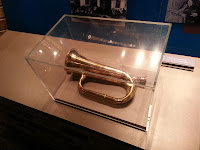 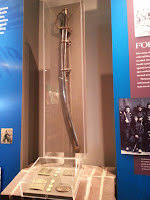 While we were on the boat, the Park Ranger gave us a bunch of safety rules and regulations, as well as some other rules.

Do not take the bricks. I wondered why anyone would do that - a brick is a brick, right? Also, what are people gonna do, pry it out of the wall? But then, yeah, people are dumb.

Second rule; do not climb on, or sit on, the cannons, brick walls, or other parts of the park. "I want you to remember what you came to this island on. The boat. Well, if you fall and hurt yourself, this is your ambulance. So, think about that for a bit; how long it's going to take us to cart you back to land once you've broken your leg, your sternum, managed to embed a piece of cannon in your leg, or gotten a concussion from rolling down the hill headfirst into the wall." 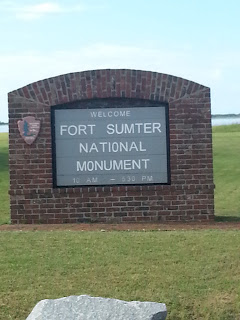 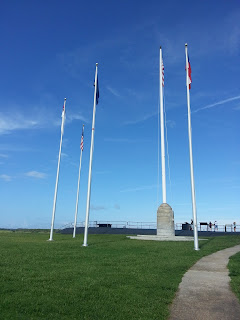 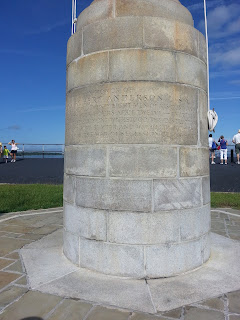 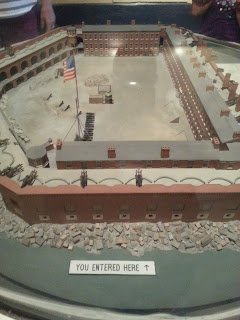 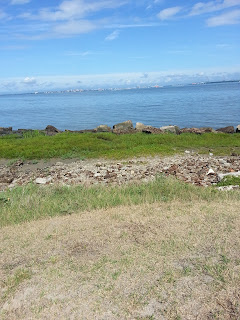 The boat took us out, let us walk around the Fort for about an hour, and then we headed back to the dock. We grabbed a couple of sandwiches out of the cooler (quick shout out to 31 consultant, Victoria, who sold me a wonderful picnic cooler; I got 8 cans of soda, 8 sandwiches, crackers, and a bag of mixed nuts in there.) and headed on to Atlanta...