So, for the rest of the summer, you're going to get bombarded with my book releases... 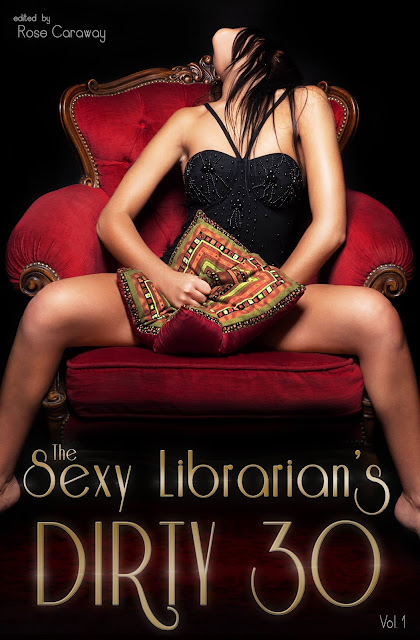 I first encountered Rose Caraway with the Sexy Librarian's Big Book of Erotica (which was recently #1 in erotica e-books last week, and brought yours truly up to rank #8 in erotica writers...)

She was pretty excited to take my story, Full Frontal Neighbor, for that collection. It's still personally one of my favorite short stories that I've written.

For this anthology, which was originally supposed to be an audio only book (but there was some fuckedy crap with Amazon / Audible about it, and there had to be a print / ebook release, which meant that once Rose thought she was done with the book, she wasn't done with the book.... ) I wrote a story in a fever heat; three days from start to finish, which is pretty damn well miraculous for me, and I came up with In The Closet...

Which is not about what you probably think it's about.

It actually started with some conversation that went on in my Star Wars: The Old Republic gaming guild's chat... one of my guildies was talking about how her brother got a birthday blowjob in the closet during his party... which reminded me of my own encounter in a closet during a New Year's party... (as a note, I'm still working on a short story about that guy... it just hasn't quite jelled yet.) But I started thinking about sex in public places. I've written a few shorts that cover that topic... On the Fly, for instance, is about sex in the scenery rig at the theater.

Of sex acts, exhibitionism always feels very risky. Not necessarily physical harm, but getting caught having sex in public is... never very good for your career / life. Which, of course, ups the amp factor while doing it. (Confession: I used to work for a trucking company, and I always wanted to sneak into one of the guy's trucks and do it in the back of the cab... never did... but wanted to.)

In the Closet combines sex in a public setting with a bit of extra naughty, because it's at a family gathering...

“It's not,” Jordan said, “that I hate my step-mother. I don't.” He flipped the end of his silk tie around the cross, botched it again.

“Here, let me,” his wife, Lauren, said. She shifted up on her bare toes and secured the half Windsor. Lauren kissed his cheek, soft and warm. Her spicy perfume tickled his nose. “Sheila's a nice woman, she's wonderful, she loves your dad... I know. She also constantly forgets that this is your birthday, as well as her and Mike's anniversary. We'll celebrate your birthday later.”

“It's not her fault,” Jordan said. “They ran off together and got married in Vegas. It was a last minute decision. I don't think it occurred to either of them that it was my birthday.” That Mike's ten-year old son had been horrified to learn his father had gotten married on Jordan's birthday.

“Who's side are you on?” Lauren asked. She fastened a tear-drop amethyst around her neck and set the matching earrings to dancing in her earlobes.

“Want your birthday to be special, for a change,” Lauren finished.

"Exactly.” Jordan laughed, self-conscious. “Heard this refrain before, have you?”

Lauren stepped into her black high heels, straightened Jordan's collar for him. “Your birthday is special, husband of mine,” she said. “It's the day that the universe set aside to make you perfect for me.”

“The universe has a very high opinion of you,” Jordan joked.

“Yes, yes you do.” Jordan kissed his wife, a little more seriously than a peck on the cheek.

So, you can buy The Sexy Librarian's Dirty 30 (which I believe actually contains 32 stories) from Amazon as an ebook or from Audible, for your auditory pleasure...