Honestly, I don't know about y'all, but sometimes, I'm getting book fatigue. Seems like I barely get one project finished before I'm on to the next... My next upcoming publication is Family Time, with Torquere...

You do not need to have read the rest of the stories with these characters, but if you have, Eric and Temple are back!

They were first introduced in the Whetting the Appetite collection, which contains a short story about how the two characters met, Home Inspection. Home Inspection kinda played off a little of what I knew about the Grindr hookup app. One of my friends was telling me about the app, and also his complete disgust for the amount of fat-phobia and racism that went along with the app.

So, of course, given his complaints, I had to make Temple and Eric an interracial couple. (I also have a short story with a lesbian interracial couple, although that story was accepted for publication, it's also one of the victims of the Cleis-can't-get-its-shit-together issue. The editor for that collection is attempting to publish with a different company, but I don't know the status. We'll see... pretty sure I can find a new home for it if this falls through, but it may be a while before anyone gets to see it.)

I sort of fell in love with Eric and Temple along the way... So last year, I wrote about them again, in Building Us, which was part of the They Do anthology, released by Torquere. When the Family Time call for submissions came out, I knew I had to revisit old friends.

Cascade Failure deals with the issues of "it's never just one thing" which I've found to be really true in life in general, as well as when dealing with children. You just have those days/weeks where nothing goes right... 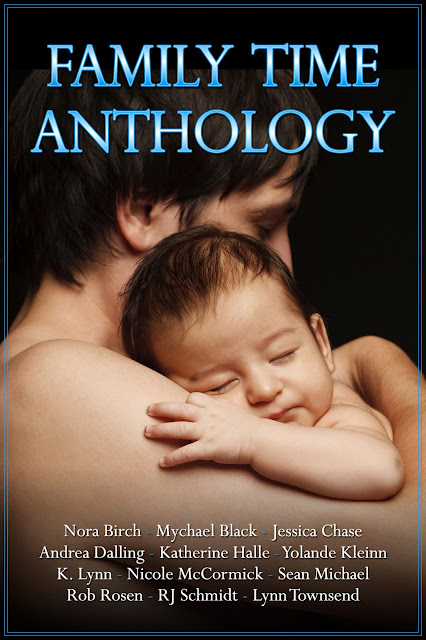 Parenting never even looks easy. When a high-travel job conflicts with raising a family, will Eric and Temple be able to be there, for their kids, or even for each other?

The conflict between work and home life has never been greater for Eric Hopkins—trying to make a better life for his children, Eric takes a job with high travel, leaving him hundreds of miles away when his family needs him the most. For Temple Richardson, local employment and more time at home means dealing with school officials, toddler mishaps, and sick dogs, all while trying to plan the perfect birthday for his spouse.

When one mishap leads to another and the whole day comes tumbling down, can these two very different men get their lives, and their priorities, straight? Or will cascading failure finally rip them apart?