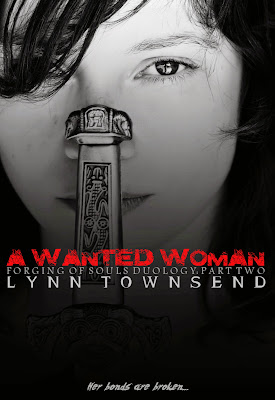 All the rules have changed.

Separated from her lover, Catreen An'dello is forced to forge new alliances with the underground world of thieves, whores, and renegade magi. Catreen must learn to negotiate in a society when the wrong move can mean death and discovers that the fate of kingdoms suddenly rest in the hands of a leaderless hodgepodge of talented assassins, ruthless murderers, and selfish courtesans. Can Catreen find the key to protecting these fringe citizens while thwarting Aleck Merril's world dominating ambitions?

In the hands of his enemies, Bastian Hooke is ensorcelled by ancient, dark magic. He witnesses the forging of a new soulstone and discovers the horrific reasons for their creation. Remorseless, soulless, he is set loose on the city with only one thought; Kill Catreen. Fractured by magic gone horribly wrong, will Bastian be able to mend his broken soul before he destroys everything that he loves and betrays everything that he is?

The dedication to this book changed while I was writing it.

It was dedicated to some friends from an old BBS roleplaying game I used to play -- Bastian was a character there in an earlier incarnation... 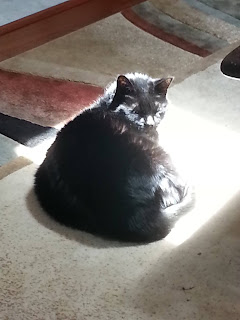 But just before the book was complete and while I was in the middle of the last set of edits, I lost my beloved cat, Grendel. Named for the monster in Beowulf -- an old English epic poem, which is quite good and that I once translated in college -- he'd been a part of my life for the last 15 years. Losing him has been a shock, and I'm still not really settled into my routine post-cat.

I've shared my living space with cats for most of my entire life -- no one really owns a cat, after all -- but I've almost always had two at a time. Little Bit and Ugly Face (that's not my fault, and he was remarkably ugly, after all... sweet, and I loved him, but ugly...), Puff and Bear, then later Sandi and Bear (same Bear, different companion) and then Sandi with Sterling, then Sterling and Grendel. Sterling left us a few years ago... and we decided that Grendel was just too old to put up with a new cat companion.

So, ever since we moved into our house, there's only been the one cat.

Strange how empty a house seems when there's no cat.

At some point, I'll write another novel and dedicate it to those friends who missed out on this one...
Posted by Lynn at 10:29 AM