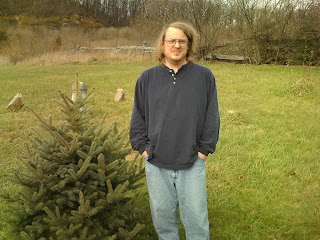 I have known Rob for quite a while now. We met through another friend and he joined my gaming group.

(Insert brief rant about how no one likes gaming stories, and yes, I'm going to tell a gaming story.)

The hooker had information. She was being harassed by the bad guy and she knew - while not what his plans were - where he'd been going. If approached AT ALL nicely or asked any specific questions, she would have dished out, the plot would have moved along.

Rob's character went over to talk to her. He managed to insult her, imply she was both stupid and ugly, and that she probably didn't know anything useful anyway. She wasn't happy, refused to cooperate, and left my players without a clear path as to where to go next. The other players razzed Rob a bit for this, to which he responded:

"I don't have the 'talk to prostitutes' skill!"

Rob and I have been friends for going on nine years now, and I've known he wanted to write pretty much from the beginning. We used to have loud, angry arguments about writing. Primarily because he used to write me the most horrible, un-punctuated, terrible grammar, bad spelling emails. Ever.

Bad habits, to me, are, well, habit forming.

I believe that if you write bad emails, you'll write bad prose. Or, at least, writing well will no longer come naturally to you. (For instance, my bad habit of writing ellipses... or using parenthesis - or em-dashes! - in blog posts leads to my doing the same thing in stories, which I then have to EDIT OUT. Did you see what I just did there? did you?)

Rob does not believe that. He believes that he can wear sweat pants with holes in them every day, and still clean up nice and put on a tux for special occasions and be perfectly comfortable. As we're both published writers now, and we still argue about writing emails properly. 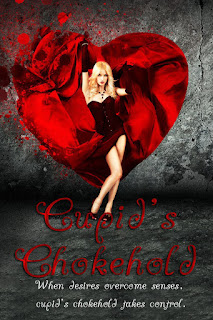 
At the current point I am at in my writing career I would have to say not letting myself get burned out by doing too much at once, but at the same time not doing too little or allowing myself to get distracted too much by other activities.

When did you find out that you wanted to be a writer?

When I was a kid and I was lying in bed about to go to sleep I would always run stories through my head. Basically they were “episodes” of shows I liked where I made up what happened. This was where I knew I had stories to tell. Eventually those “episodes” became my own shows and those shows evolved into longer individual stories. I didn’t actually try to write any of these until I was a teenager and I had trouble keeping focused but I knew it was what I wanted to do.

My story “The Truth of the Hunt” in the anthology “Darkest Desires.” I really had fun with that story and loved the characters. I was able to write that one really quickly because it was just so perfectly formed in my head.

Are there any mistakes that you find yourself making regularly?

I will never be good at then vs than. I constantly get it wrong and have to edit it. Also commas are one of my greatest enemies.

Me: commas seem to be everyone's greatest enemy.

I have two storylines I want to return to when I finish my faerie series.

Listening to that old man tell his son he couldn’t have a Barbie doll because it would make him gay. I felt so bad for that kid and that scene managed to find its way into a very important part of my faerie story line. There are incidents in my life that are worse than this but I haven’t worked those into a story yet. I will if the situation arises that calls for it.

Not so much as of yet but I do plan to do more with this. A character here and there is based on people from my life but just loosely.

I do most of my main writing right after breakfast usually from about 9-12 give or take a few minutes. If inspiration comes at me later in the day I will of course jump on it.

To anyone who likes Vampire stories the Eternal Hunger series by Candy Crum is a must read. This series needs to be where Twilight and The Hunger Games are right now. It is very deserving of it.

Of course for your epic fantasy I would Recommend The Death Gate Cycle by Margaret Weis and Tracy Hickman. Of course the Lord of the Rings series by Tolkien.