Playing with my Novel

Working on Blues has been an interesting experience...

For one thing, I'm coming to the interesting conclusion that real life really doesn't have a plot, exactly. It's just a series of events that happens, and sometimes that leads to good things and sometimes not. But most of the time, in real life, that guy you snubbed back in 5th grade doesn't come back as an evil super-villain, bent on destroying you and everything you stand for.

Which is where I ended up after working on Saturday; my "bad guy" for this book isn't really bad. He's not evil, or even really all that awful. He is, honestly, pretty sympathetic.

Unlike Chris, the bad guy from Roll, who is simply a collection of some homophobic traits wrapped up with a string and named after a guy I threw out of a gaming group for having his character attempt date rape and not understanding why both the other characters in the group AND the players all got mad at him. If you've done any role playing before, you recognize that character motivation and player motivation are not always the same thing.... but in this particular case, there were five real people and five pretend characters who were actively appalled at his behavior. We became more appalled as he not only defended that character's behavior, but that sort of behavior in general.

So, Charles (and yes, I just noticed that both antagonists have names that start with Ch.... yay, subconscious...) isn't a bad guy; he's just not the Right Guy. He was raised by strict evangelical parents, who, when discovering they had a gay son, tried to put him through a sexual orientation change program. This pretty much ends with him throwing out every one of his parents' cherished beliefs, including opinions on things like monogamy. As far as he's concerned, that's all Bible crap and useless for his life the way he intends to lead it. (There might be a bit of me in there, too, as I've thrown out a lot of my parents' beliefs, and I still almost never do anything major without considering if it would piss off my dad and rubbing my hands together gleefully if I think it will. As far as I know, I've never deliberately done something JUST to piss him off that I wouldn't have done otherwise, but that might not be 100% true.)

It's amusing in some ways, because I put traits in him that I've picked up from one of my friends who finds it hilarious that I insert jealousy and monogamy into my m/m stories. Charles's attitudes about monogamy come directly from conversations I've had with this friend. He and his partner frequently had/have m/m/m encounters or m/m/m/m encounters, or swinging couples. "I can't think of a gay partnership that we haven't both had sex with. Not all at the same time. Except, you know, when it was all at the same time." 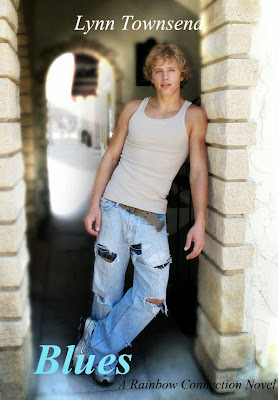 And don't get me wrong, I love my friend. And I don't disapprove of what he does. I agree with him and to some degree, even envy him that particular lifestyle, so long as that works for him, his husband, and the various partners that they hook up with. I'm pretty sure, however, it wouldn't work for me. Whether it's imposed on me by the patriarchy or my own insecure and somewhat possessive nature really doesn't matter, as far as I'm concerned. What concerns me with issues of jealousy and monogamy is that you do what you and your partner agree to. If you agree to an open relationship, great! If you set limits and rules on it and you're both okay with that, great! If you're like a particular friend of a friend I know whose view on rules is that they exist specifically for him to violate? NOT okay!

Charles is mostly an impediment, rather than a true antagonist. He's the rock that Beau and Vin need to move out of the way in order to proceed down the road. He's not bad (he's not even drawn that way!) he's just not the right guy For Beau.

So, after building him up as funny, sympathetic, and good to hang out with, I had to spend some time tearing him back down, and pointing out some of his flaws; particularly the ones that clash with Beau's values.

Which is one of the areas where I teeter from time to time. I hate "picking sides" when people get divorced (unless, like in some cases, I hated the spouse to begin with, in which case I'm just as happy to put them in the crazy ex pile). Case in point, a little more than a year ago, some of my friends got divorced; I'd known both of them separately of their relationship with each other. I like both of them. And while I consider one of them to be "more wrong" than the other, I can see where both sides weren't happy with what their marriage had become, and while the "wrong event" probably provided the spark to the divorce, it so obviously wasn't about just that one thing.

But it does sometimes make me feel all weird and wobbly inside when I feel like I may have unfairly picked "a side."

(Especially since, in college, whenever there was a break up, I was frequently the one blamed, the crazy ex, and the one losing friends. Without the people on the outside knowing what stuff looked like on the inside. And sometimes, I didn't act as best I could have, in the situation, but I don't think anything I did was so awful as to deserve some of the condemnation I got. So, you know, reverse golden rule, don't treat people the way you didn't like to be treated.)

So, I'm putting Beau right in the middle of that situation, where his current boyfriend does something particularly rotten to his ex-boyfriend. But Charles and Vin never got along, so it's not like Charles is betraying Vin, because he's not. In fact, with the current viewpoint of people usually not liking their ex's, Charles may have considered what he did as something Beau would approve of...

It's been interesting to play with....