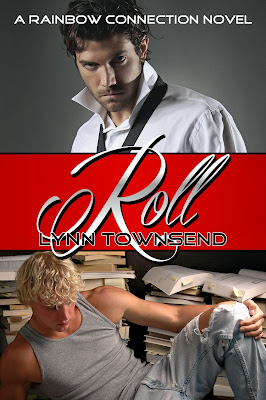 A farm boy from Tennessee, Beau Watkins spent high school living the dream: the cute girl, the popular, jock lifestyle, a loving family. As a freshman at an out-of-state college, he's determined to find out who he really is behind the Fake It 'Til You Make It attitude. He joins Rainbow Connection, the gay student alliance, hoping to find himself. Instead, he finds Vin Reyes. Raised by his grandparents and heir to a prosperous company, Vin has been out of the closet since he figured out what that meant. He has it all: fashionable clothing, fancy cars, huge houses, a real party lifestyle, and even a bodyguard. Most of all, he has a secret.

Uncomfortable with Vin's generosity, Beau fights his growing attraction for the president of Rainbow Connection, chasing instead a series of shallow affairs. Vin's never been denied anything that he wants, though, and now he wants Beau. But it's not until an old rival puts Beau in the hospital that Vin realizes that Beau means more to him than a simple love affair. Can the two of them bridge the gap between their worlds and roll with the all the punches life will throw at them?

So, I'm excited. This is my first full length novel to be published. (I don't have lots of time to be excited, tho, since I'm having literary twins, so to speak, and my second full length novel will be out in March!)

The eventual plan for the Rainbow Connection novels is thus:

Blues, almost finished the first draft, plan to submit end of February '14 for publication in '15 (Thanks to my editor for the heads-up about how full my publisher's novel release schedule is...)

Classic, some headwork done, plan to submit by the end of '14 for publication in '16

These two stories may be put forth as ~20,000 word novellas, or combined into a 60,000 word novel, depending on how the work goes. I'm still headworking it. Especially since while I know what Ann-Marie is up to and what her story looks like, I have no idea what to do with Hector. He's just a lovely character who refuses to Shut Up.