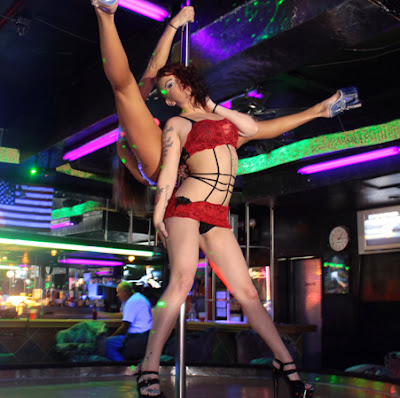 The two best men in my life are my husband (because he's just awesome) and my brother (he's not, really, blood related. We're very close and one of the things that has made it possible for us to be as close as we are is that there's never been the slightest spark of romantic interest between us.)

Oddly enough, the two of them have some remarkable similarities; not the least of which is that I hated both of them from the get-go and it took a while to actually stop being angry with them for existing. Powerful first impressions aren't always a good thing...  later, of course, my husband became my best friend and eventually we got married. And my brother became... well, my brother. (Also, he's my Big Brother in the service fraternity that we both belonged to in college...)

While we're not blood-related, my brother and I are fairly sibling-like. We bicker, we enjoy spending time together (but not too much time!) and we're both mildly uncomfortable about the other's sexuality...

And last weekend, he got married to another good friend of mine. I introduced my brother to his lovely bride about... I want to say a year and a half ago, maybe? (Completely random side note, I've had a few really HOT woman ask me for my match-up service recently, and astonishingly enough, I've run out of single guys... how odd is that??)

My brother has been there for the worst times in my life - and astonishingly enough, he's also been there for the best times in my life. I don't know if it's just me, but I find that my more casual friends don't desert me when things are going badly, but they're damned hard to find when things are going well for me... like, they can pity and sympathize, but they can't be happy for me when I'm happy?? And I have some casual friends that I call Landing Pad friends; they show up in my life when shit is wrong with their world, and as soon as things are going well, poof, they're gone.... He did vanish on me for a while when he was married to a horrible, horrible person that I didn't like, and who didn't like me in exchange, and while yes, I think it was wretched of him to abandon me because of it, I'll get over it.

In any case, he was my best man in my wedding. And this weekend, I returned the favor and was his "Gentlemen's Master" was the term they came up with... which is good, because Gentlemen's Mistress, while an awesome title, implies some things that just are not true...

About four months ago, joking around, I said "Well, since I'm your Best Person, I'm going to be doing the Stag Party, right? We should go to a strip club."

He laughed, then looked serious. "I've never actually been."

"Well, we should fix that."

Personally, I'd never been to a strip club before either. And it was something I wanted to do; as an erotica writer, I think I should explore, find out, discover, and continue to learn about sexuality. Personally, I'd have loved to been able to talk more with the strippers; but this was a no lap dance, no touching club, and the music was really, really loud, so there wasn't much opportunity to chat.

We ended up going in a middling sized, mixed-gender group. Me and my husband, my brother and his fiancee (she wanted to go, he didn't object...), my other-other best friend and her boyfriend (who I also set up together... and they went ring shopping this weekend... so that's a 2/3 success rate for my matching services...) and the other groomsman, whose girlfriend was not yet in town for the wedding and I'm not sure she would have wanted to go anyway... she's a little high strung and kinda... well, not as sexually open as most of the rest of us. But I gotta say, my group of friends are, for the most part, pretty sexually open. It's hard for us not to be, really. My group of friends is like the Kevin Bacon game of sexual partners... I slept with K who slept with B who slept with D; D's slept with C, who slept with J, who slept with E, who slept with M, who slept with me... Yes, I really do think we go all the way around in some sort of incestual circle...  and for the most part, we're all still friends, with certain amounts of insane emotional baggage.

We hit up a fairly nice club - I was meticulous in my planning and checked reviews and locations and whatever information I could dredge up because I really didn't want to go someplace with roaches (yes, one of the reviews complained about them...) or anyplace really skeezy that our bride-to-be would be desperately uncomfortable.

The rest of the audience was a pretty good mix, too; couples and single guys. There were only two audience creepers and George, who was turned out for being too drunk...

The performers all had stage names that were different from their real names; I know this for a fact because "Anastasia" went on stage, and later introduced herself to me as "Katie." Or maybe "Kitty." It was hard to tell, the music was loud. I had a small bit of chat with one dancer who had a Horde tattoo on her shoulder. I told her I felt sort of uncomfortable tipping the Horde. Her face lit up and she said "Oh, you're Alliance! Well, good thing this isn't a PvP bar..." Another dancer had a Darth Vader in a Saint's Niche tattoo on her thigh. I felt oddly vindicated and happy to see geek chicks on the stage. Maybe it's because there's no way these ladies are pretending to be geeks "to get guys." They're STRIPPERS for fuck's sake. They can get all the guys they want without tattooing Lords of the Sith on their bodies...

(Also, people who think there are such things as "fake geek girls." Differentiate between geek girls and booth babes - fans versus hired to stand around and look pretty... and then go the FUCK away. I don't want you here, geek girls don't want you at the cons, and the rest of the men hanging around who are actually men would like you to go away, too, because you're making them look bad. Okay? Glad we got that straight!)

When they came out, two performers would be on the stage, one in the cage, and one on the bar. We stayed at the stage for our outing. Each "set" would be about three or four songs - mostly rap or hip hop. I did not find the musical choices particularly sexy, but that was all right, I suppose, as the dancers didn't actually dance in time with the music. We got a lot of gyrating and pole-play without much in the way of rhythm. One of the particularly flexible performers incorporated quite a few yoga moves into her routine. (Reminded of Vince Vaughn's interview about the "fucking yoga class")

We stayed about two hours - essentially until we all ran out of money - and then came back to my house where we played Cards Against Humanity until almost 3am.

In any case, I rather enjoyed it. I found the dancers lovely, but also not intimidating. The nice thing about a strip club is that the women can be good looking, but they can't be photo-shopped in real life. So, while they were - mostly - thin and athletic, they also have tummy rolls and skin blemishes and chipped toenail paint. These things I find much more appealing than a photo-shopped model who doesn't look quite real. (Similar that I don't like the idea of a "fake" geek girl, I also don't like the whole "real women" meme that's going around... the only women who aren't real are the ones who have been made over by a graphics artist whose job it is to manipulate pixels into submission to meet some esoteric ideal of beauty... and the person behind the picture is just as real as I am, with their own hopes, dreams, and feelings.)
Posted by Lynn at 9:14 AM