From your regular author: TB is one of those friends I met because I simply cannot act like a civilized human being.

(I also met Elizabeth L. Brooks this way, so honestly, it's not going to discourage me from this reprehensible behavior...)

I don't even remember what she was reading, but we ended up chatting for a while and exchanging contact information. We've been to the movies a few times together, and done some social stuff, and then I find out to my delight, that she's also a writer. So, of course, when I started work on Coming Together: Among the Stars, I send her a "hey, look what I'm doing, want to submit something?"

I'll tell ya something, too. She wrote one of the best hate-sex pieces I've ever read. Great, great stuff and you should totally check it out, if you haven't already. 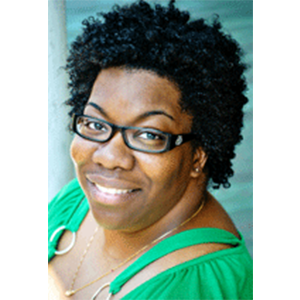 I have so many stories in my head. It’s a challenge getting them into a media where other people can enjoy them. I have a strange brain in that I am very analytical and whimsical. It makes it hard for me to communicate ideas sometimes because it’s either too in the “clouds” or it’s too complex. Sometimes I get ahead of myself and I make the oddest grammar mistakes. There are days when I wonder if English is my third language and if someone can create telepaths–because talking to people is so hard. Then there are others where it’s “boom, I nailed it”.

When I wrote my first ‘long’ story at twelve years old. I had watched the classic movie, The Bad Seed, and immediately set pen to paper when my ideas started to flow. The story was thirty pages and was about a teenage serial killer. I applaud my mom for not freaking out and for encouraging me to keep writing. So my inspiration started with movie murders and my mom.

It’s a toss up between Shenanigans and The Sweetest Thing. Shenanigans was my first novel, so it has a special place in my heart. The Sweetest Thing has a funny memory attached to it. I had a fellow author accidently use my male lead’s name in her story in the middle of a love scene. Talk about your Freudian slips. I immediately thought of lyrics to an Alanis Morsette’s song– “…and are you thinking of me when you…” I’m sure you can figure out the rest

I select most of my names from people I’ve encountered (I use that term loosely). I’ve  also been known to also create names from my surroundings. I have a unusual name so I don’t mind my characters having one. I do have to make sure there’s a story or some sort of ‘response’ when other characters ask about the name in a story. The craziest name I’ve made to date is York Mint, the male lead in Love in a Space Elevator. His parents were space hippies– enough said.

I would say about a third of my life since I started writing professionally. I take elements of situation or a person and meld it with my characters. So an event in my book might be several things mashed into one or it may be someone else’s experience. I try to make sure someone I know can’t say, “Hey, that happened to me. Why did you do that?”

Plus, I am a fan of learning from other’s experiences, especially the bad ones.

I have a side series about a supernatural dating agency called Paris in Springtime (PST). It’s a series of one-shots about various couples paired by the PST matchmakers. It’s set in the world of the Love, Sex, and Magic series, but the characters from that series do not necessarily appear in Paris in Springtime. The fun thing about PST is that some couples don’t realize they are being set up due to the means PST uses.  One or both characters sign up with the agency, which boasts a 100% success rate, and then actions take place to get them together. Part of the magic of PST is they set up elaborate situations that make the couple fall in love on their own then send a bill.
In one of the stories I’m working on, Hunter’s Creed, the heroine is a vampire hunter and she believes she researching her next mark when in fact she’s falling for one of PST’s matches. You can check out an excerpt of Hunter’s Creed on my site

I’m having fun with the concept overall. There are three stories in the hopper for the series. I’m even working on a Christmas story where Santa meets his mate when she moves into the house next door to him. 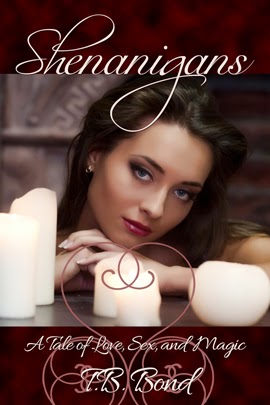 Honestly, I’m still trying to pin it to something consistent. Typically I run the scene in my head like a movie and then write a scene. Once, I tried listening to seductive music while blowing bubbles. I wrote two sexy, short stories using that method. I tried doing the same thing again and no dice.

My taste in books is all over the place. I’ll read just about anything if the concept is interesting. I tend to read mostly romance, though when I was kid I only read murder mysteries and romance. I’m a bit tapped out in mysteries since I usually solve them early in book.

Jim Butcher is one my fave authors, I have almost the entire Dresden series and I have all of the Codex Alera series. I love his take on the supernatural. The writing is smart, amusing, and imaginative all things I strive for in my writing. I highly recommend him for lovers of paranormal and adventure.
For romance adventure, I recommend Larisa Ione’s Demonica/Lords of Deliverance series or Karen Marie Moning’s Fever series. These series are on opposite ends of the spectrum, but very good reads and I love the world building.

Email ThisBlogThis!Share to TwitterShare to FacebookShare to Pinterest
Labels: Among the Stars, Coming Together, guest post, T.B. Bond