I think I mentioned earlier this year that this summer was going to be very busy for me and publishing, right?

So, I got these covers in my email box recently...


Mythologically Torqued (which I have been mistakenly calling Mythically Torqued, apparently) just got the cover out...

If you're still reading this, or reading it again, the cover's been redacted for a new cover... I don't know when we'll get the new cover, or what was wrong with the old cover, so I'm just weird and grumpy right now. I'll post the new cover when we get it, probably some time over the weekend.

I got a look at the author list, which puts me in good company with Adrik Kemp and BA Tortuga, among others... (Adrik was in my Coming Together: Among the Stars anthology last year with a brilliantly diverse piece called "Of Gods and Men" and if you haven't heard of BA before, you should take some time to check out an enormous backlist of fantastic work...)

This book will also be released in a paperback edition, weighing in at a hefty 100,000+ words (so I could smack someone with the book and it will hurt.)

You will also, if you prefer, be able to order my story, "How 'Bout Them Apples?" as a stand alone volume, like with all the current Torquere anthologies...

Yesterday I also got this 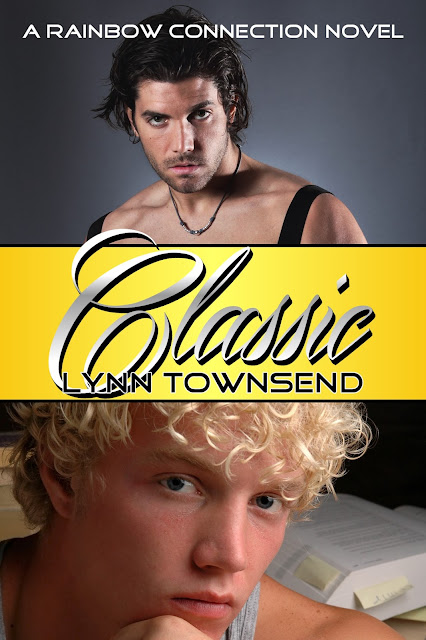 I gotta say, it's with some sadness that I bid adieu to Beau and Vin, who've been a huge part of my life for the last few years. Don't worry, they're not gone for good (Vin will be a side character in All That Jazz, and Beau will be a side character in Punked Up) but as main characters, I'm saying my temporary farewells. The two boys are well on their way to becoming adults, and while that has its own trials and tribulations, this particular chapter of their story is done.

(An idea has been lingering for a while of a sixth novel, set after Punked Up, called Bad Rap, which may come back to them when they are a little more established as being adults...)

Classic will be available September 2, also in paperback.