So, last night I was sitting around the table with my two best girlfriends, mostly chatting and eating soup and cupcakes (It was Liz's birthday dinner and I made my famous Cream of Reuben Soup) when I got an email...

Celibate Cold, which is the first of the stories for the Torquere line this upcoming year, has been accepted for publication. Celibate Cold will be in the Snowed In anthology, available in January, 2016... 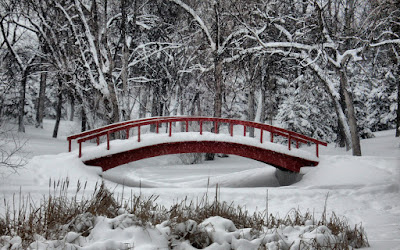 Chase sighed. He tried to concentrate on the falling snow, the faint whistle of wind, but his good mood was shattered again. He needed to leave town. If he could just afford to do so. Or find a reason to stay. But he was stuck, stuck in place, both indecisive and unwilling to take risks. Yeah, that sucked. Big time.
“Fuck it,” he said. His voice was swallowed by the snow and the darkness. “I’m going inside.”
He straightened, tugged his shirt down to clear the wrinkles from crossing his arms over his chest, and took one last glance out at the snowy night. And then he saw something moving out in his yard. Something large and white and staggering right toward him. Like a fucking yeti.

Chase squinted. Of course it wasn’t a yeti, he thought. But the creature who was stumbling in his direction was covered in snow from the thighs down and his coat was thick with ice-crystals. He had a hat crammed low down over his ears, but no gloves, and his sleeves were crusted with more snow. He’d probably fallen a few times, to judge by the smears of white down his front.

By the time Chase had identified the intruder as being nothing more than a man, his visitor was nearly to the porch. The man’s teeth were chattering so hard that he couldn’t seem to force intelligible words out. Chase caught a few mumbled syllables.

“Well, you look like three miles of bad road,” Chase said. He helped the man up the stairs and then impartially started brushing snow off his back, not really paying attention to where his hands were until the man startled when Chase’s hands came down on his ass, smacking snow away.

Chase held his hands out to his sides, harmless. “No point in trackin’ that all in m’house, man, and you look a bit chilled to do it yourself.”

The man nodded, stomped off his feet as best he could, which wasn’t very well. Chase sighed. The guy was wearing fucking Oxfords, for Christ’s sweet sake. He’d be lucky if he had any toes left at all. Fool.

“What?” Chase had to have misheard that. He stuck a finger--snow covered, and cold--into his ear as if to clear it out. Or wind up his brain. “What did you say?”

“Jesus, fella,” Chase said. “Come in and get warm. There’s a fire at the hearth. Leave your shoes out here.”
Posted by Lynn at 6:00 AM