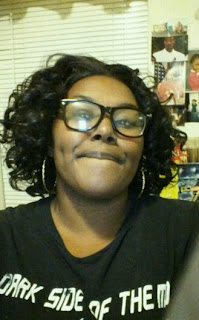 T.M Scott loves writing. With passion, drive and a taste for the unusual, she enjoys reading and writing new and different things. Doing her best to always think out of the box, her writing usually starts off as an insane scheme of some sort before she works out the finer aspects and turns it into something great! Her heroines and heroes are never the typical 'beautiful' people, meaning they all have some sort of quirk or oddity about them that makes them unique and refreshing characters everyone can relate to.

Her first novel is Symphoni and her work has been featured in the horror anthology, The Withering Darkness. She lives in Los Angeles, California with her daughter Ariyanna


When did you find out that you wanted to be a writer? What inspired you to put pen to paper?

I started writing about 5 years ago when I got tired of reading about weak female characters. I read a lot about females constantly in need of rescuing and I decided to write something different! That’s how the Idea of Symphoni came along.

There’s a story I once wrote for an online forum titled “Twilight: According To The Criminally Insane” that I would love to go back and rewrite. I enjoyed writing it and with some polishing and tweaking I believe people would enjoy it as well. 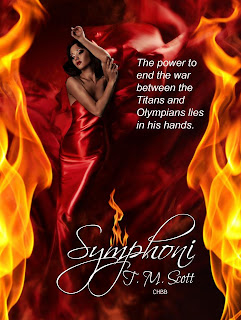 Symphoni is my first publication and it’s with Crushing Hearts and Black Butterfly (CHBB) publishing. I had convinced myself that it wouldn’t be accepted as I sent it out, preparing myself for letdown so I was absolutely shocked when I received an wonderfully worded acceptance letter! I sent the book out to three different publishers and CHBB was the one to respond the fastest, the other two accepted as well but I was happy with CHBB by that time.

Most of my characters, mannerisms and physical appearances, are based on family members or generally attractive people. Personal experiences don’t appear too much aside from very small things. A lot of my favorite foods make appearances though. I LOVE pancakes with strawberries and whipped cream so that shows up in everything.

At this moment I'm working on an urban fantasy novel titled Dragon’s Revenge. It’s about a dragon princess on a quest to avenge her family.

“Why don’t you visit the pub with the other warriors?” Kaida contemplated this for a moment before replying, almost certain that the real reason wasn’t something she should be discussing with a five year old who couldn’t possibly know what happened in the pub.

“Because I promised a certain little girl some sweets and princesses always keep their promises.” Ari smiled brightly at her, nodding and letting the subject drop.

“What did you do to Aiden, Ari?” The little girl paused but the prospect of heading to the sweets shop seemed to win out and she kept walking.

“I hit him in the neck.” Kaida held back a laugh.

“Why? Because he took Yaya?” The girl held her doll closer and nodded.

“He grabbed her from my hand and held her over my head so I hit him.” Kaida nodded as they continued to walk, stopping outside the doors of the sweet shop to wait for the others. She smoothed down Ari’s black locks still nodding.

“You shouldn’t hit him. I know you were angry but you should never hit others unless it absolutely necessary.”

“But it was!” A small smile spread across her face.

“No. You should always try to resolve issues without violence.” The sound of feet running along the sidewalk made Kaida look up to find Aiden and his five brothers running towards them.

“But princess. What if that doesn’t work?” She laughed.

“Kick him in the shin and run like heck.” The little one giggled but didn’t say anything as the boys came up. It was odd looking at the Tanner boys in a row. They looked so much alike it was sort of like seeing what Aiden would look like as he got older, each of the 5 brothers two years older that the last. All standing there with curly blonde hair and blue eyes, leaning to the right with an eyebrow raised.

“Hello Princess.” Aaron, the eldest boy said as he looked her over. He was only 14 years old but already had his eyes on older women, Kaida to be exact.

“Hello Aaron. Came to get some sweets too?” He grinned at her and she rolled her eyes, knowing where his teen mind went.

“You know, Princess, I start training with you guys next week. I’ve been practicing on my own.” He stood straight and curled his arms under in an attempt to show of nonexistent muscle.

“Soon enough I’ll be able to hang with the big boys!” She smirked.

“OUCH!” Kaida wheeled around to find Aiden jumping around on one leg while rubbing his leg.

With a sigh, Kaida looked at Ari who merely smiled and said “Absolutely necessary!”

Typically, once I take my daughter to preschool I come home, clean a bit and do writing sprints until I go pick her up. It lets me meet my daily goal of 2-3k in about an hour or two.

Yes actually. From my current WIP Dragon’s Revenge. There are two children named Aiden and Ari… I’m DYING to write a story about them when they grow up. Also, There’s a character from another WIP, The Lost Angels, named Ena O’Dochraigh. Her story is very interesting because she was a child serial killer turned werewolf (and more later). She plays a big part in TLA but I really want a chance to write about her past.

It depends really. If you’re into steampunk, then pick up anything by Gail Carriger. If you’re into YA weirdness, anything by Dia Reeves. YA Zombies? Lia Habel and Susan Dennard are amazing. Nicole Peeler’s Jane True series is another must read! Dystopians or post apocalyptics? Burning Bridges by Nadege Richards, The Hunger Games, and The Passage by Justin Cronin.