Blog Tour: Milla V, The Ballerina and the Revolutionary 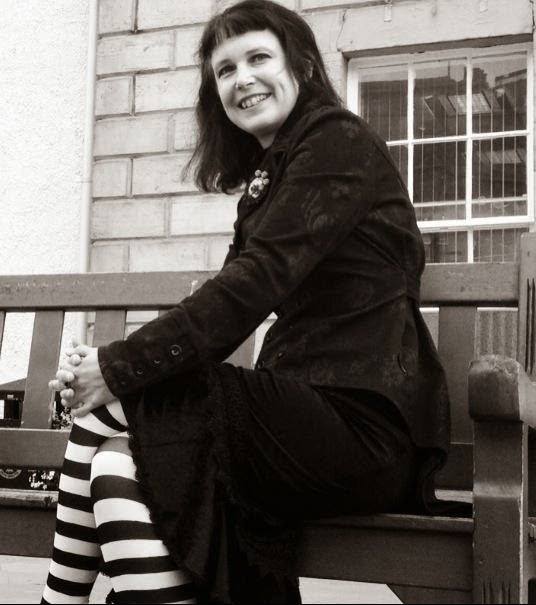 Milla V is the more gentle alter ego of Carmilla Voiez. Milla's YA and NA novels have more universal appeal than her somewhat extreme form of horror writing. The Ballerina and the Revolutionary, to be released on April 1st, is her first full length novel that can be regarded as Magic-Realism rather than horror.

Carmilla Voiez, a British horror writer, resides in Scotland and writes from her home in Banff, where she lives with her daughters and cats. Carmilla sold her Gothic Clothing business in 2012 and has been writing and releasing top selling books and short stories since then. A Goth for over 20 years, her books are inspired by the Gothic subculture, magic and dark desires, exploring sexual obsession and violence in often hard-hitting ways.

The first book, Starblood, which has been nominated for the Commonwealth Book Prize, is set partly in the beautiful Cairngorm mountains and partly in the city where she grew up, in South West England, she finds inspiration in local beauty, stately homes, the Moray Firth and woodlands around the Scottish town where she has lived the past 10 years. 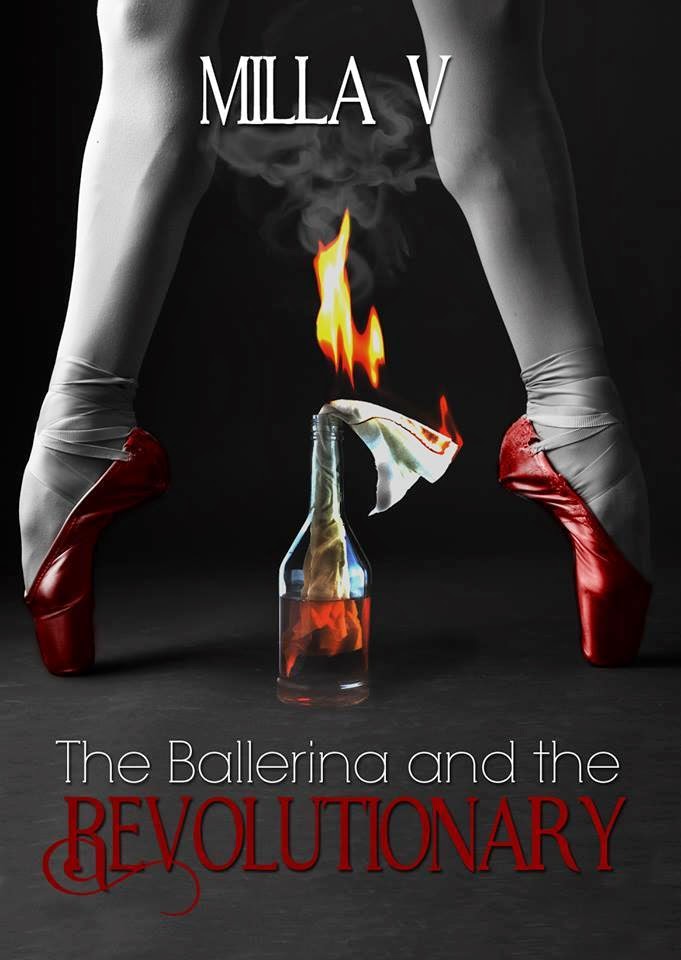 Readings can be heard on Room 13 Radio Podcast - https://soundcloud.com/carmillavoiez/carmilla-voiezs-room-13-radio

Vivienne realises she is dying. All she wants to do is see her daughter Giselle one last time and apologise. But Giselle no longer exists and it is Crow, a gender-queer anarchist, who returns to a family home that is plagued by ghosts and violent memories. Crow unravels terrifying secrets, hoping to find closure at last. But can anyone survive the shadows that lurk behind the fairy tales?

My body was like flotsam, tossed about in the crowd. My throat, dry from shouting, felt full of razorblades. Where was everyone? The bodies, bouncing beside me, crashing against me, were strangers. All my friends scattered in the first surge, not long after the rioting started and the police descended. Above our heads, damp with sweat and water spray, towered a dozen mounted police. Glossy, chestnut mares gazed haughtily down at the crowd as their riders tapped batons against body armour, menacingly. The bodies of fellow anarchists and others pressed in around me. The tide was turning. We were moving back, retreating, scurrying away like frightened rats. A sweaty chest crushed my face. As the man moved so my jaw and nose moved too, pinned between it and an arm behind me. I gasped for breath.

It was always the same. Two steps forward, one step back. Our comrades had been occupying the closed school for months, providing free education to adults and children alike in this deprived area of London, but the landlords wanted them out. Answering their call for help, we stood with them. Dressed in black and red, we created a buffer between those grass-roots heroes and our moneyed oppressors with nothing other than property values, profit and fast turnarounds on their minds. Our standoff displeased the Metropolitan police, and here they were again, determined to move us on. Comply or die – that should have been their motto.
Amidst the chaos, I heard a shout and recognised the voice. Jumping, I accidentally bludgeoned a man’s ear with my elbow as I rose. He yelped in pain and shock then acknowledged my existence, at last.

He supported my weight, lifting me proud of the crowd. Outside the tightening ring of protestors was Chrissie. She was being tackled by three policemen and wrestled to the ground.

The man withdrew his support and I slid between bodies and dropped to my knees. Beyond the forest of legs, Chrissie’s face was being pushed against concrete, a heavy boot pressed between her shoulders. Our eyes met. Wrapping my fingers around a rock from the ground, I rose to my feet, leaned forwards and pushed my way towards the front of the crowd, weaving between hot bodies. The smell of anger and fear tainted the air. Sweat and tears dripped like rain.

At last, my body fell clear of the crush of protestors. Chrissie craned her neck and stared back at me. My shout of rage was cut short as a riot shield slammed against my cheek and I crumpled on the ground beside her.

In the flashing lights of my dazed vision, her face faded. I reached out and grasped her wrist. A smile lit up her face and she mouthed one word, ‘Crow,’ before all light extinguished and I passed out.

My name was Crow. I was nineteen years old and had spent most of my life trying to escape all forms of hierarchy, most accurately portrayed for me, by the image of the matriarch, i.e. my crazy mother.

Mother’s name was Vivienne. We didn’t look alike, we didn’t act alike and we certainly didn’t think alike. Vivienne was a prima ballerina before she gave birth to me and I had all the grace of an elephant. She wore long, floating skirts and big jewellery, while I felt more comfortable in combats and t-shirts and hated the long hair she made me wear as a child, that symbol of begrudging femininity that never felt comfortable. My head was shaved now, much easier.

As far as I could remember I had always hated her, and she me. I never figured out what she wanted from me and simply assumed it was my unhappiness. Once free of her oppression, I naturally transferred this simmering animosity to other unworthy authority figures, but things were rarely as simple as they seemed.
I survived the blow from the shield, although the crowd were moved on and the building cleared. A pity really, another community space handed over to the rich elite. It made my head spin. I never understood the principle of profit over people. There were a lot of things I didn’t understand, but in the end I was a fighter and I guess I existed outside of society. It was easier that way, less complicated, and I could keep my priorities in check. I liked to think of myself as a freedom fighter, like my dad. The squat had everything I needed and I did a bit of this and that to make enough money to feed myself. That was all I had ever wanted – to survive and be free. That’s why I left home when I did, at thirteen. 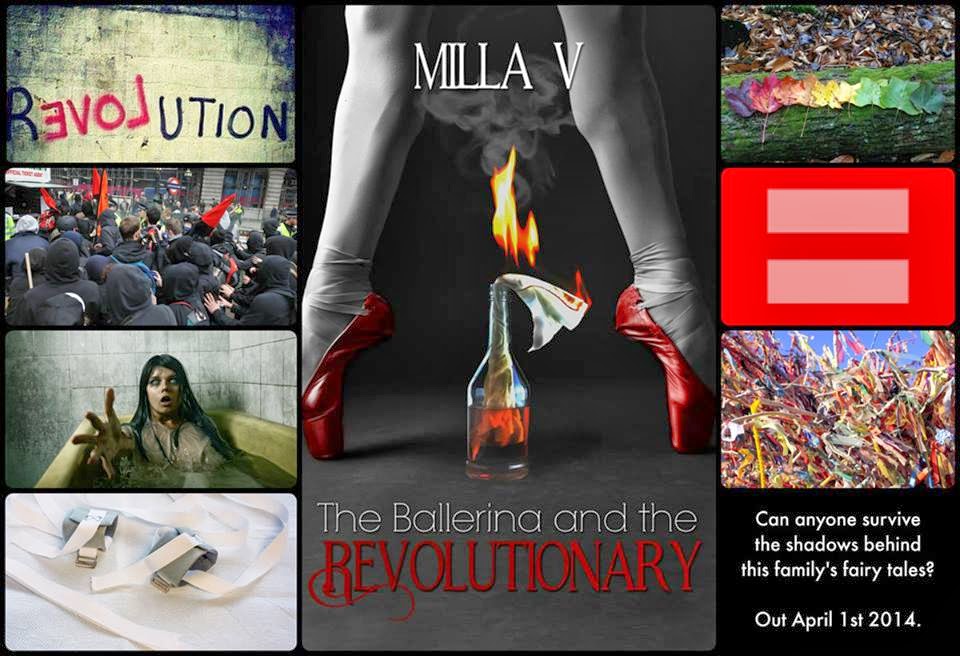