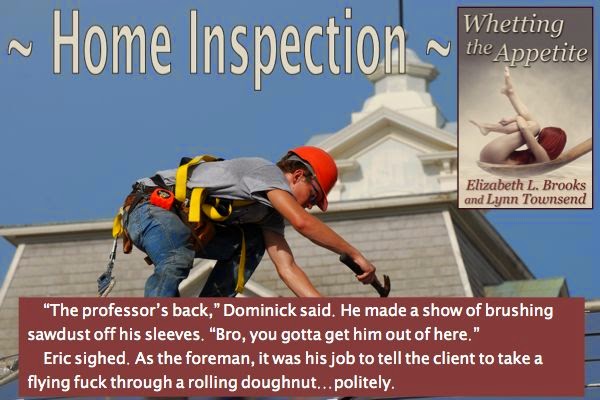 Sometimes there are characters that I write who just don't want to leave after their story is done.

Eric and Temple are two of them. I wrote their story fairly early last year in the January to June short story writing spurts that Liz and I were doing. I think I wrote it around the beginning of February; it was one of the first, at any rate.

And then I spent the rest of the year not plucking that story out of the collection and taking my boys to bed - so to speak. The story ends with them deciding to give dating a shot, and no one ever gets naked. They don't even kiss, although Eric spends a while fantasizing...

Torquere, one of my publishers, does a collection of short stories every month, on different themes... and one of them is "They Do" which is LGBT wedding stories... groomzillas and wedding disasters and the like. I went a slightly different route - because I always do! - and wrote about Eric and Temple's proposal scene.

I just signed the contract for that short the other day.

So if you read and enjoyed Whetting the Appetite, you're going to want to pick this collection up; or just the individual story, because that's how Torquere is running that show these days; the stories are released as a whole antho, or you can just buy the story you're interested in. Which is pretty cool...

I believe that collection's going to be out in June, so that will probably be my next purchasable title, since everything else has been pushed back and off til at least late summer. I'm not sure. Let you know when I know.
Posted by Lynn at 4:41 PM

Email ThisBlogThis!Share to TwitterShare to FacebookShare to Pinterest
Labels: Building Us, They Do, Torquere Press, Whetting the Appetite