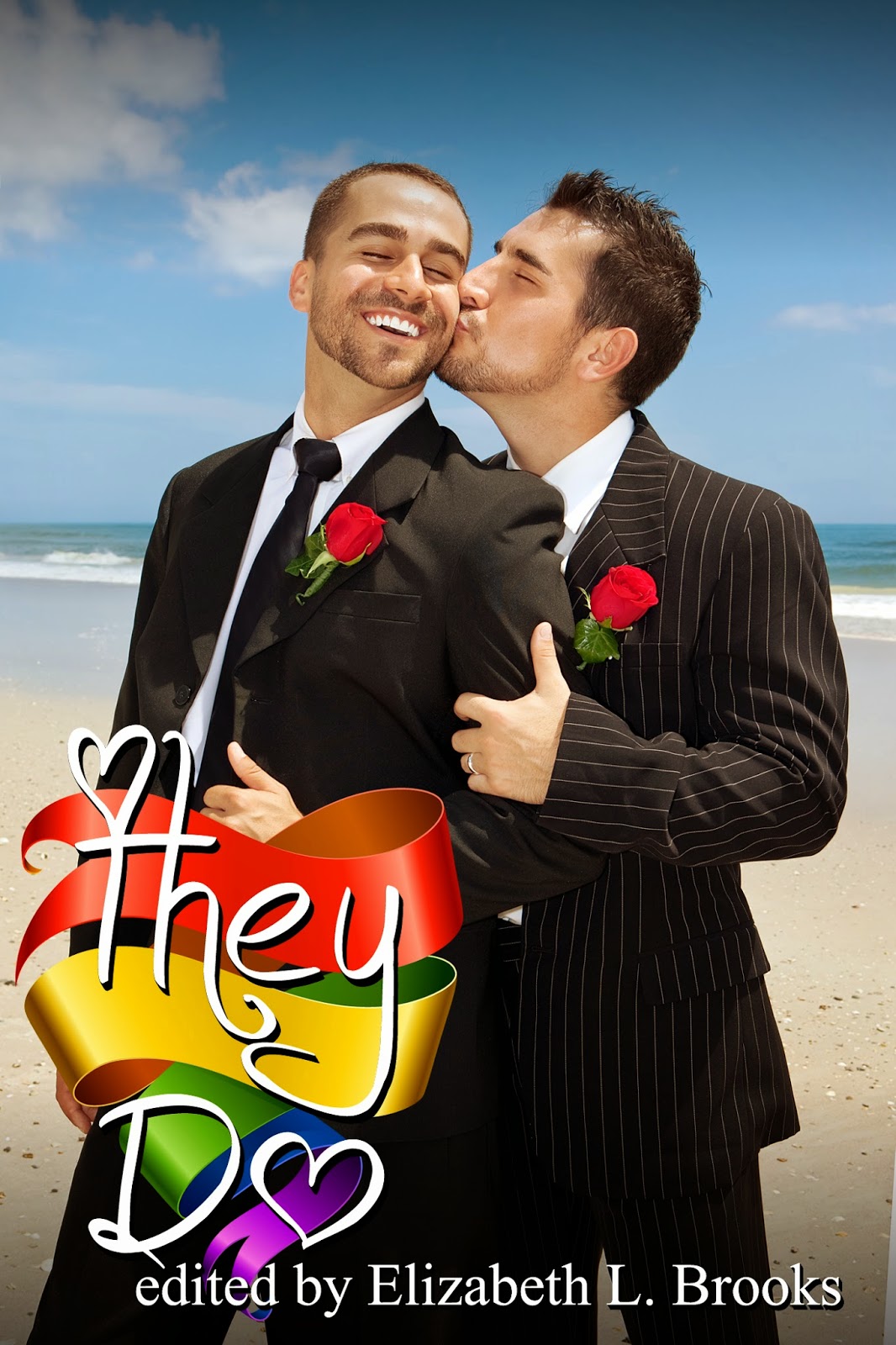 Last year, Elizabeth and I did a challenge; the project was to write one ultra-short story per week for six months.

We both missed a few weeks here and there, but eventually we got to our goal, and about a month ago, Whetting the Appetite came out... but before that, there was months and months of writing short stories and very little gratification for it. We wrote and saved, wrote and saved.

Very early in the process, I wrote a little short called Home Inspection; I'd recently had a discussion with a friend about Grindr - he cruises a lot, you understand. But he also has a lot of complaints about the elitist attitude of the app-users. Much like any sort of dating app/situation/bar, there are people who seem to think that if they're very specific with their requirements, they'll get exactly what they want. (I have a girlfriend who had a list of 27 things that a man had to have, had to be, or had to Not Do in order to get a second date... ) In any case, I'd found the concept sort of intriguing... fiddled with the idea of writing a story about it, and never did. Until this short-story marathon came up.

So I wrote a short story about a very unlikely couple; a professional black man and a blue collar white guy.

It's one of my favorites in the collection. 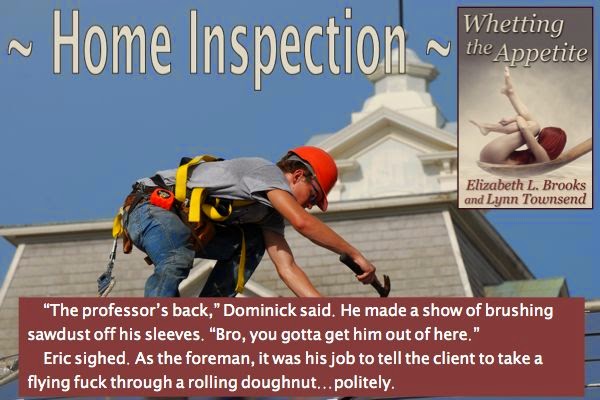 And since I wrote it so early in the year, I had to live with it sitting there, doing nothing, for quite a while. I saw a number of writing calls where I could take the story out, lengthen it up a bit, and send it out. I kept not doing it. Which was, perhaps, harder than it should have been.

My reasoning was, if Elizabeth and I took out the best stories to send in to other collections, we'd be left with a collection of mediocre stories and who'd want to read that? In the end, I'm glad we didn't cherry pick through the collection, because I think we've got some great stories to offer, and I really like the flow of the collection. (Go buy it! Sheesh!)

Eric and Temple, however, have never quite left my mind, even after the deal was sealed. I always wanted to do more with them.

Elizabeth and I teased a bit with the idea of writing a second book, Satisfying the Appetite (maybe?) where we took some of the shorts from Whetting and fleshed them out. I've been out and out yelled at by a couple of readers who want to know what the HELL happened in the end of BoyMart, and I personally want to throttle Elizabeth for the ending of Woman with the Blue Tattoo. There are several stories in there that could become novels or novellas of their own, worlds to explore and universes to expand upon.

I've been mostly working on novels... Blues is finished, I'm waiting for one last set of beta read opinions, and I'll start edits probably around mid-May for submission in June/July... I'll probably start writing Classic in November, and then the two side-stories, All that Jazz and Punked Up... 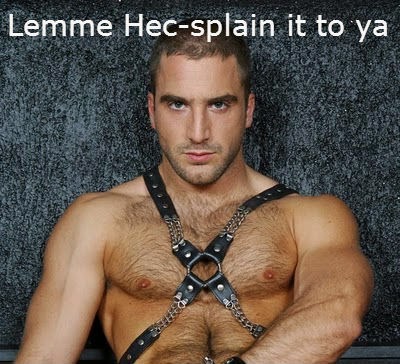 I'm currently in the middle of writing Howling Bitch - it's going quite well, and I'm enjoying it.

And novels are all good and well; I enjoy writing novels.

But there's something quick and dirty about a short. No matter how much I tell myself "this is the year of working on longer projects," I find myself considering little ideas. I've actually stepped up and started collecting submissions for an anthology project of my own. (This is because I have lost my fucking mind... but still, should be interesting!)

Also, I really like the thrill of getting acceptances back; for a little project, for a big project, for a charity project. All of these things are wonderful, wonderful feelings. But with novels, they're really spread out. I can only write about 2 novels in a year...

So, I give in to temptation. Sometimes.

And I'll put together a short story for this antho or that collection.

Eric and Temple had more to say. I saw the opportunity to let them say it.

Building Us will be available June 15th.
Posted by Lynn at 8:41 AM