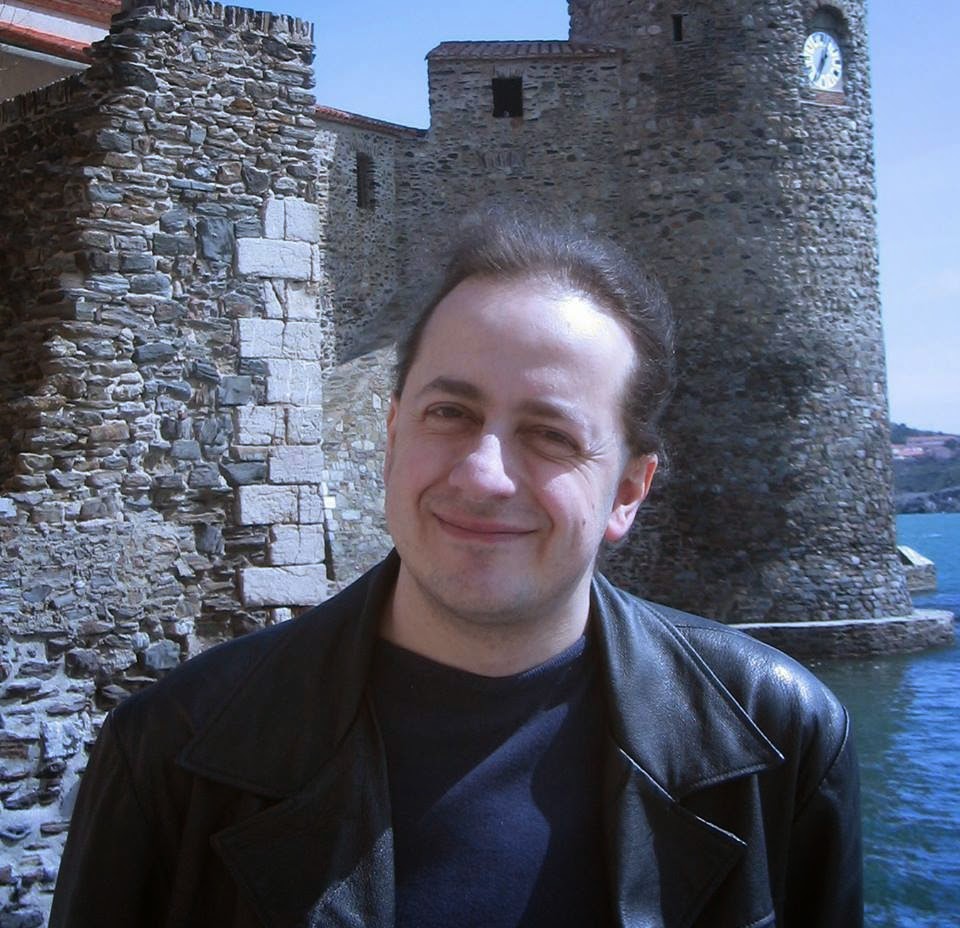 Brad Stevens is a film critic based in the UK. He is the author of Monte Hellman: His Life and Films (McFarland, 2003 ) and Abel Ferrara: The Moral Vision (FAB Press, 2004). He writes regularly for Sight & Sound: his 'Bradlands' column appears every month on the magazine's website.

He has also contributed to Cahiers du Cinema, Video Watchdog, The Dark Side, The International Film Guide, the Senses of Cinema website and Chris Fujiwara's Defining Moments in Movies (Cassell Illustrated, 2007). He recorded commentary tracks for the Masters of Cinema DVDs of Nosferatu and Tabu, has appeared in several documentaries, and can be seen interviewing Christopher Lee on VCI's DVD of The City of the Dead. He has also written many DVD sleeve notes. He co-authored the English subtitles for F. J. Ossang's Dharma Guns (2010), and was on the jury at the Oldenburg Film Festival in 2007.

The Hunt is his first novel. He is currently working on a sequel entitled A Caution to Rattlesnakes.

THE HUNGER GAMES meets FIFTY SHADES OF GREY in this dystopian science-fiction novel.
Great Britain in the year 2068. A totalitarian government has passed laws victimizing racial minorities, prohibiting homosexuality, and preventing women from voting or having abortions. When a feminist group launches a terrorist attack, the state responds by creating the Hunt, a weekly contest in which ten randomly selected females are pursued by ten male Hunters across an abandoned district of London.
Mara Gorki is a successful crime novelist trying to keep her lesbian relationship with film critic Yuke Morishita a secret. Horrified by what is happening in the country, she seldom leaves her apartment, attempting to create a private universe in which she and her lover can hide. But the external world comes crashing in when Mara is conscripted into the Hunt. After discovering what Hunters do to the women they capture, Mara enters the contest determined to elude her pursuers. The odds may be against her, but the consequences of failure are too terrifying to contemplate.

At nine-thirty, Mara changed into the uniform and headed towards her local church. Although British citizens could follow whatever religion they pleased, they were also required to spend at least two hours every month 'worshipping' in a Christian house of prayer. Mara usually chose Monday mornings, since they were quieter than other times. As she walked through the large doors of St. Pancras Parish Church, she placed her thumb on the scanner, which registered her attendance and collected an obligatory 'donation'. A nun standing by one of the pillars near the entrance gave her a friendly smile. Nuns were exempted from wearing the uniform, and much as Mara despised the ideology she represented, she found this woman striking in her long black habit. Something about her suggested she might be one of those rare professional Christians who actually followed Christ's teachings, and wished to make everyone feel welcome. By contrast, the priest who conducted Monday morning services seemed to have modelled himself on the God of the Old Testament. He had a long white beard, and addressed his flock in a booming voice. As Mara took a seat in the back row, he was declaiming a passage from Deuteronomy. A Bible lay open on the stand before him, but this section was one of his favourites - Mara had heard him recite it half-a-dozen times - and at no point did he refer to the text. "If the charge is true and no proof of the young woman’s virginity can be found," he roared, staring at his captive audience as he did so, "she shall be brought to the door of her father’s house and there the men of her town shall stone her to death. She has done an outrageous thing in Israel by being promiscuous while still in her father’s house. You must purge the evil from among you. If a man is found sleeping with another man’s wife, both the man who slept with her and the woman must die. You must purge the evil from Israel. If a man happens to meet in a town a virgin pledged to be married and he sleeps with her, you shall take both of them to the gate of that town and stone them to death—the young woman because she was in a town and did not scream for help, and the man because he violated another man’s wife. You must purge the evil from among you."

If Mara hadn't already been a militant atheist, these mandatory church visits would have turned her into one. She sat in the back row, listening to the priest drone on, glancing at her watch every few minutes. She'd have brought a book, but reading secular texts here was a criminal offence. She noticed a pair of orthodox Jewish men sitting a few rows in front of her, looking uncomfortable and out of place. Eventually, the priest closed his Bible without so much as looking at it, cleared his throat, and delivered the day's sermon. “Many years ago,” he began, “there lived a woman who thought of nothing but the joys of this world. She drank to excess, gorged herself on food, and copulated frequently, even with those of her own sex. Worse, she loudly proclaimed her defiance of God, denying His very existence. When death came to her, as it must to all of us, she was cast directly into Hell. There, she was hung naked in flames, her tongue removed with pincers, her eyes gouged out, her ears cut off, the flesh torn from her body, a hot poker inserted into the place from which she had derived such pleasure during her lifetime of sin. When this process had been completed, her body instantly regenerated, and the torture started anew, as it would continue to do forever. But still she defied God. She now admitted His existence, but declared this existence to be an abomination. Was it not God who had sentenced her to an eternity of suffering? God, she decided, was an immensely powerful sadist from whom there could be no escape. And for the first time, she knew the fear of God. She feared not the unending torments to which she was subjected, but rather that even in this place, where sinners were cast out of God's sight, He might reach down and pluck her out, like a rock buried in the ground, and thus bring her face to face with Him. Hell is so arranged that those condemned to a lower circle may never ascend to a higher, but there is nothing to prevent those on the higher circles descending to the lower. And so it was that this woman, acting on her demented beliefs, made a deliberate choice to sink further into the Pit. As she passed from one circle to the next, her agony increased, but the pain bothered her less than the idea that she was being pursued by God. Finally, she came to rest in the last of the nine circles, in the middle of which Satan himself squatted like a toad. Here, in addition to everything she had previously endured, cackling demons forced her to consume her own intestines, then her limbs, then the rest of her body. In the final seconds before regeneration occurred, her mouth turned inside out and consumed itself. But although she had now sunk as far as possible, the woman's greatest fear was that she had not sunk far enough, could never sink far enough. Even in the deepest pit of Hell, she was still not safe from God.”

Mara wasn't sure whether to be more alarmed by the content of this vile lecture, or the priest's conduct while delivering it, for although she'd positioned herself at the rear of the church, she had no trouble seeing that he was vigorously masturbating under his cassock. Finally seeming to remember where he was, the man staggered out of his pulpit and disappeared through a door located behind the altar while the choir broke into He Who Would Valiant Be. As the congregation rose to its feet and made a desultory attempt to join in with the singing, Mara noticed that two hours had passed since her arrival. She walked back to the entrance and once more placed her thumb on the scanner, confirming she'd stayed the required length of time. For some reason, the sermon echoed in her head. She didn't believe in Hell or Heaven, but try as she might, she couldn't shake the feeling that this dreadful tale contained an element of prophecy.