Coming Together: For the Holidays 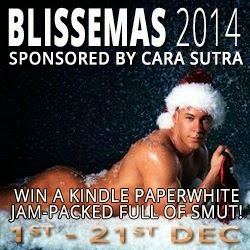 So, it's the second day of Blissemas and you should go see what Charlotte Howard has for you as a special freebee...

Don't forget to leave a comment on her blog to be entered to win a Kindle Paperwhite loaded up with smut and goodies from all the Blissemas writers. (I'm pretty sure there are two of my stories/novels in there, but my brain is so french fried I have no idea anymore what I gave to them.... I'm sure they'll tell you somewhere...)

So, since today is the 2nd day of Blissemas, I wanted to do a quickie give-away... 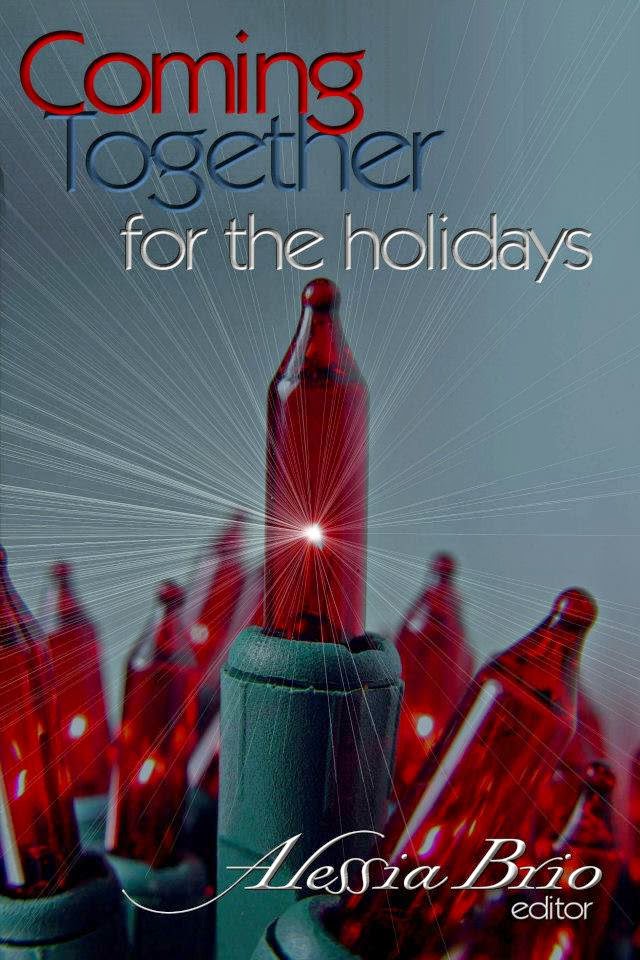 First three commenters here on today's blog post, will get a free e-copy of this book, which includes such wonderful writers as Sommer Marsden and Ezrabet Bishop... as always with Coming Together, proceeds benefit a charity, in this case Stand Up for Kids

Honestly, I've talked about this story I wrote a few times before; it's one of those stories that's drawn from some personal experience and some complete and total nonsense.

When I was in college, I held down a full time job for the last year or two... I was newly divorced, trying to keep my apartment (which I was in primarily because I'd stolen my ex's cat and I couldn't move back onto campus... long story.), graduate from school, be a member of a service frat (APO), keep a relationship together with a boy I should have never been with under any circumstances and the only excuse I have for that was sheer, bloody-minded terror of being alone. (I have since discovered that being alone is not that bad... I'm not saying that he was a bad guy, because he's not. He's kinda an average guy on the heavy end of making bad decisions sometimes - which gives us an astonishing amount in common, even if we couldn't get the relationship to work... We're still friends, even after all this time and I'm grateful for that much... but he was the Wrong Guy for me in many ways... )

Now, I was the only student who worked at this particular convenience store; everyone else was an adult, usually married with children. Which granted me the lovely position of being considered perfect for working Christmas and Thanksgiving and Easter and every. other. fucking. holiday. on the goddamn calendar. Because "you don't have a family." Obviously, my boss thought I climbed out from under a rock or something... my parents (then separated) lived three - or four - hours away in different directions. There was no way I could work til two in the afternoon, drive to EITHER of their houses, have dinner, drive back, and get up at 5am for my next shift. Just wasn't going to happen.

I'm insanely grateful that my best friend's parents took pity on me, frequently. I had many a holiday dinner at the Lucks' house. But it was also weird and unpleasant to work on a holiday. People would come in and tell me how grateful they were that the place was open (this was back in the 90s, when this crazy pre-christmas shopping was just getting started and stores usually weren't open on holidays) and then they'd say how sorry they were that I was working.

You know, there's nothing good to say to that. "Oh, don't feel sorry for me... I want to be in here selling you cigarettes and batteries and milk because you're a DUMBASS who can't think to buy them YESTERDAY!!" Yeah, doesn't go over so well...

I am also kinda hipster about this; since that used to happen to me all the time, I make it a policy to never, ever, ever set foot in any establishment on a holiday that people should have off (Yes, I know, doctors and nurses and policemen have to work those days anyway - a particularly grumpy police officer gave me a speeding ticket on Thanksgiving one year for doing 4 miles over the limit and harassed me for the better part of an hour because he didn't want to be working... ) and I have since 1994.

Anyway, one year, a co-worker's wife (not the co-worker, because as far as I know, Jim pretty much hated my guts for reasons I was never quite certain of...) felt bad for me having to work both Christmas and Thanksgiving that year. She and Jim had just had a son, he was not quite a year old? Maybe a little over a year? and she was happy that Jim got to stay home that year. But still felt sorry for me. She came in that day with a plastic-wrapped plate of food for me and sat with me the whole time I ate. I'll never forget it. It was an unexpected kindness...

So, Holiday Hours is kinda about that... that moment of unexpected kindness. With, you know, sex on the countertop thrown in for good measure, because that would have been awesome.
Posted by Lynn at 6:00 AM